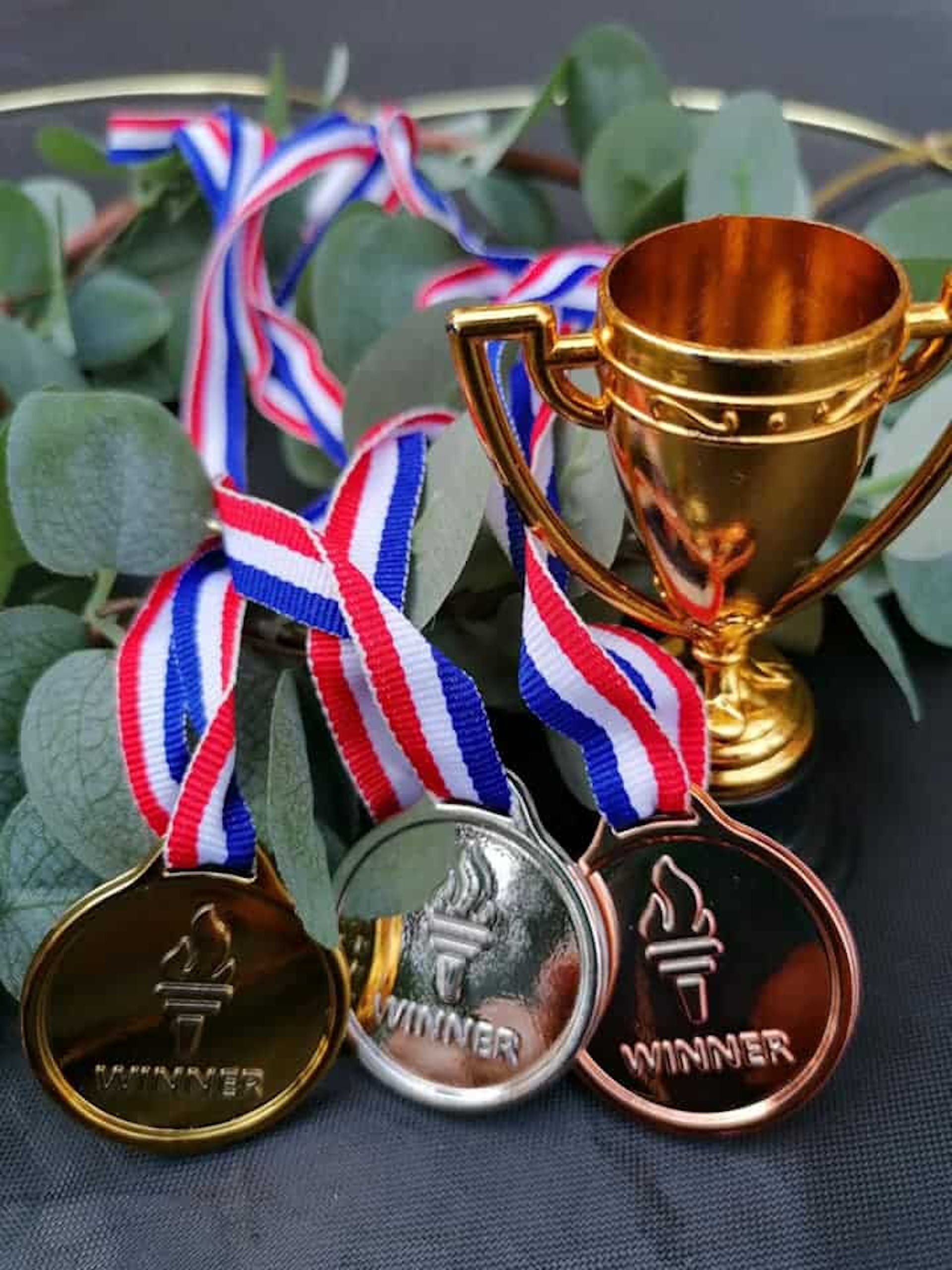 The start of the Tokyo Olympics 2020 has caused lots of excitement at Oakland Care homes.  A calendar of sporting and active events was held throughout the homes and included various games including, badminton, tennis, golf, volleyball, bowling and various chair-based exercises, all of which showcased the active lifestyle which we advocate within our care homes.

Elsyng House in Enfield hosted a week’s long event of the Olympic Games, with residents and team members going head-to-head in a number of different games and challenges including badminton, golf, table tennis, tennis and discus throw; in the quest to be crowned home champions. 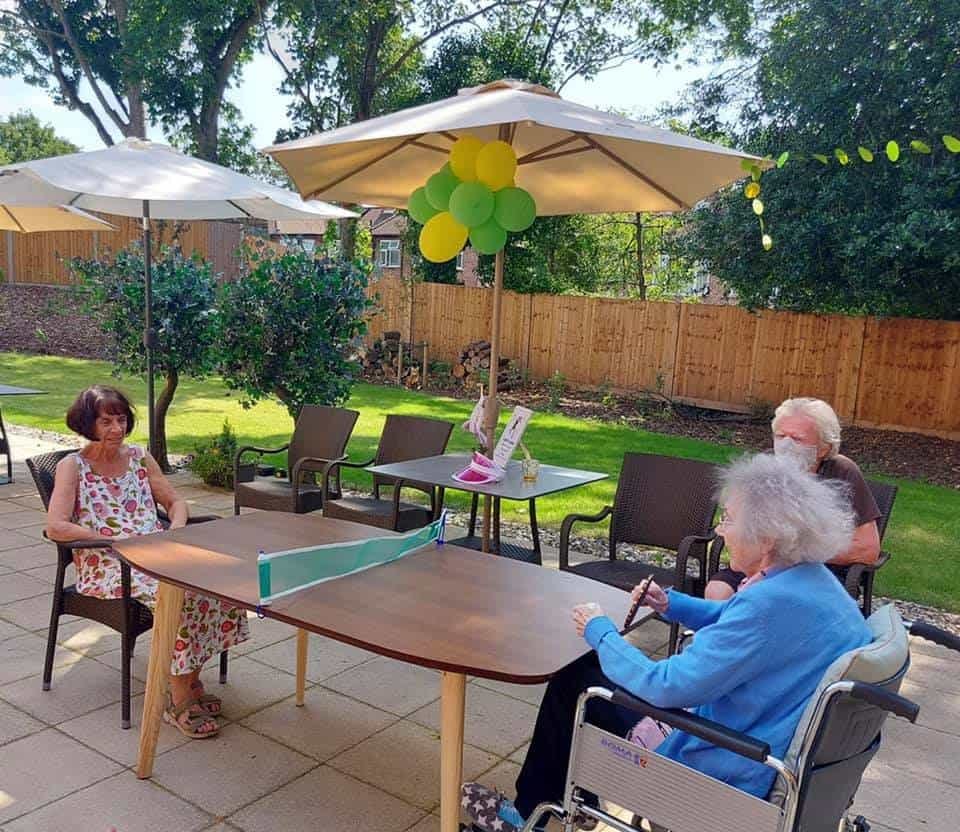 Head of Hospitality, Daisy Slavkova mentioned, “it’s not about winning it’s about being part of the game”. 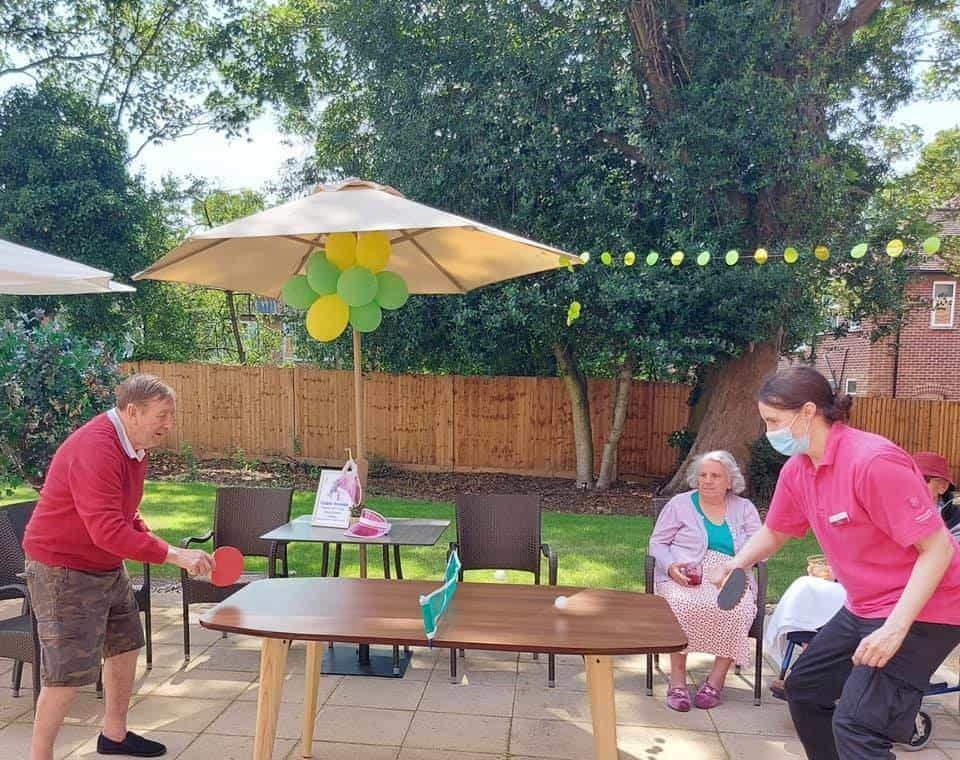 A resident’s son commented that “He has never seen his mother playing badminton and since joining Elsyng House and being part of all activities, she looks 10 years younger”. 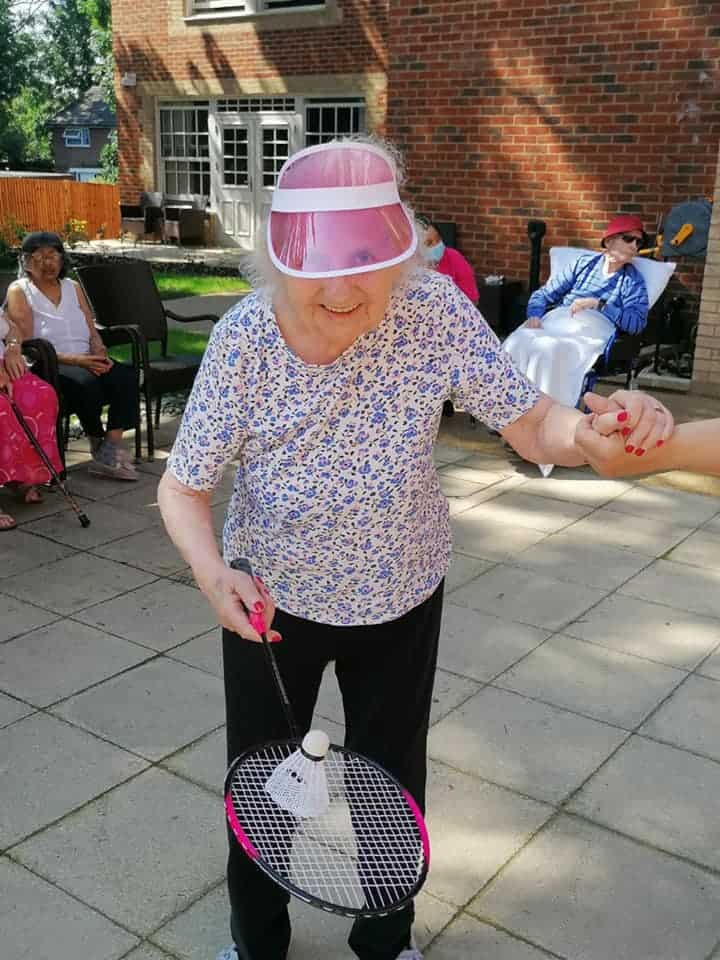 A resident’s daughter said, “While waiting to visit her mother, saw her playing in the garden and she couldn’t believe how excited and well she participated”.

Care home manager, Ruth Christine said, the Summer Olympics was a great idea and lots of fun had by all. Including one of our new wonderful residents who had hardly been outside for many months prior to being part of the Elsyng House family.

The home also welcomed families to take part alongside team members, playing egg and spoon races and bowling. Who knew our residents, family and team members were so competitive!

It’s been known that Woodland Grove residents are a ‘sporty bunch’. So as the world began to countdown to the Olympic Games, so did the residents and team members start their competitive training!

Residents took part in honing their throwing skills with a dartboard and sticky balls, indoor bowling and seated balloon volleyball! 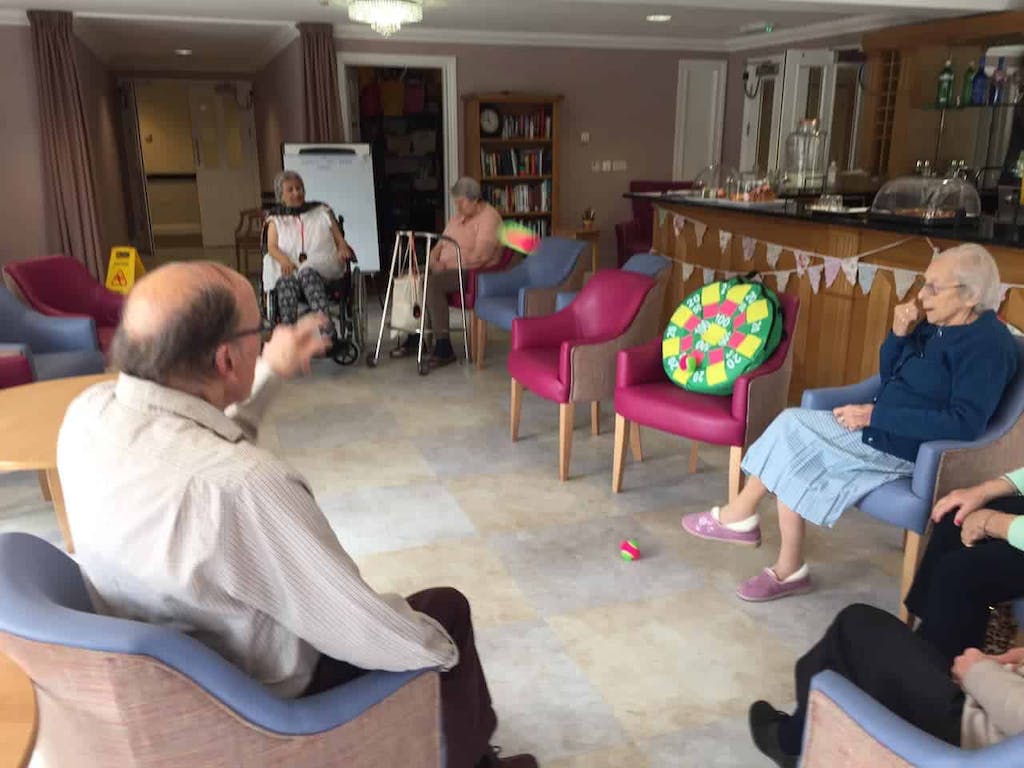 As the games kicked off a week later, residents got into the spirit of the Olympics and competed in exhilarating games of ten-pin bowling, table tennis, seated tennis and an art competition. 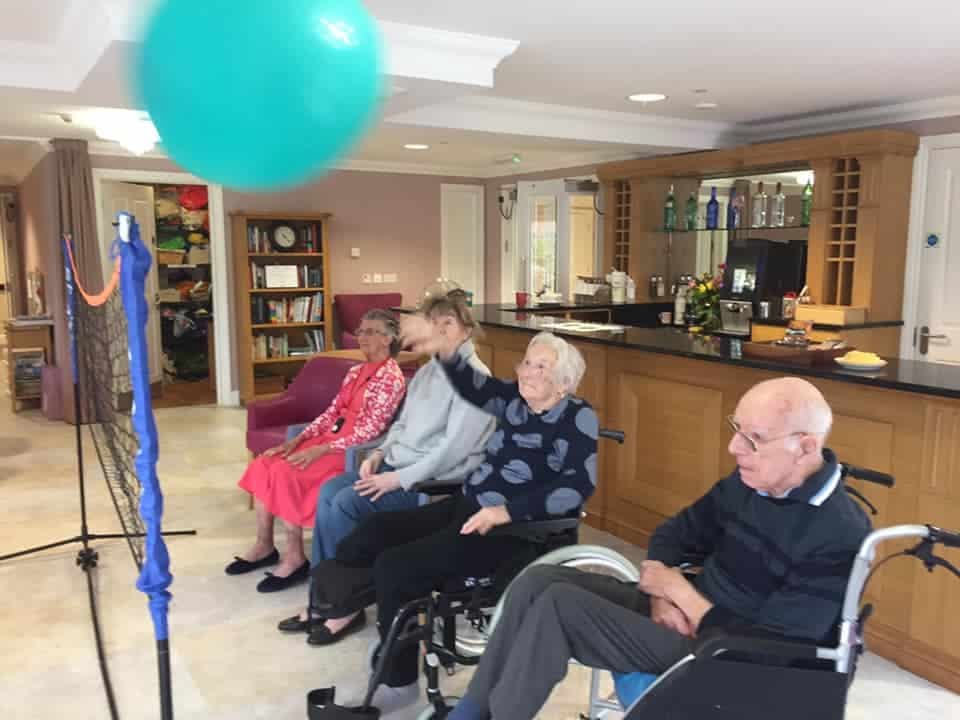 Everyone had an enjoyable and uplifting time socialising and having fun together.

Our newest home in Wantage, Oxfordshire also took part in the Olympics, who knew there was such a competitive steak in residents and team members at this home!  It was lovely seeing family members join in with the fun and games too, from seated egg and spoon race, cone ring toss games, seated badminton, ten pin bowling and timed wheelchair dribbling around cones. What an entertaining and inclusive time for everyone.

Watch all the fun Elmbrook Court had – click below

Residents at Hastings court got into the spirit of the Olympic games with biscuit decorating. Of course, the biscuits weren’t just any designed biscuits, the residents’ creativity shone through with designs of the famous five Olympic rings, to cycling and swimming! They looked delicious to eat too! 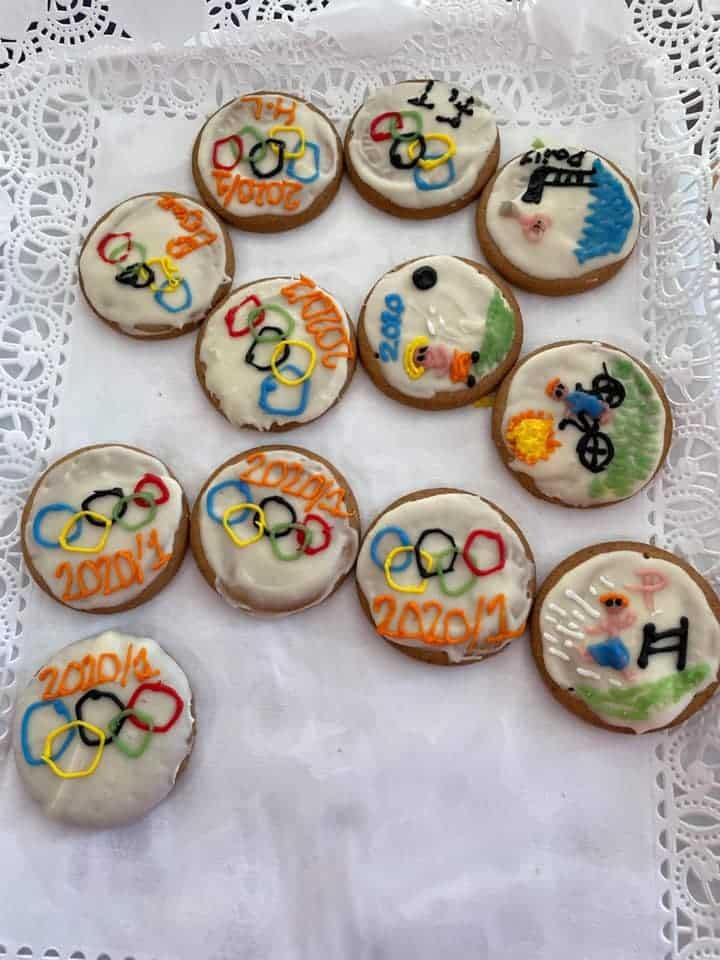 Not only are residents at Hastings Court great biscuit decorators, but they are also super confident in video making too. Watch their video presenting their favourite moments of the Olympics Games within the home!

As the Olympic games have now come to a close, so are the games within our care homes. The homes couldn’t finish these events without presenting medals and trophies to their winners!

Residents at Woodland Grove had the honour of receiving their medals from Will Turner Team GB – 12 medals handed out in total, 4 gold, 4 silver and 4 bronze! Well done Woodland Grove!

Fiona Heneghan, Client Relations Manager commented, “The team spirit of all residents at Woodland Grove was inspirational.  They all took part with enthusiastic effort to be medal winners and enjoyed the competitive spirit along the way.  As medals were presented, they all supported each other with congratulations and praise”. 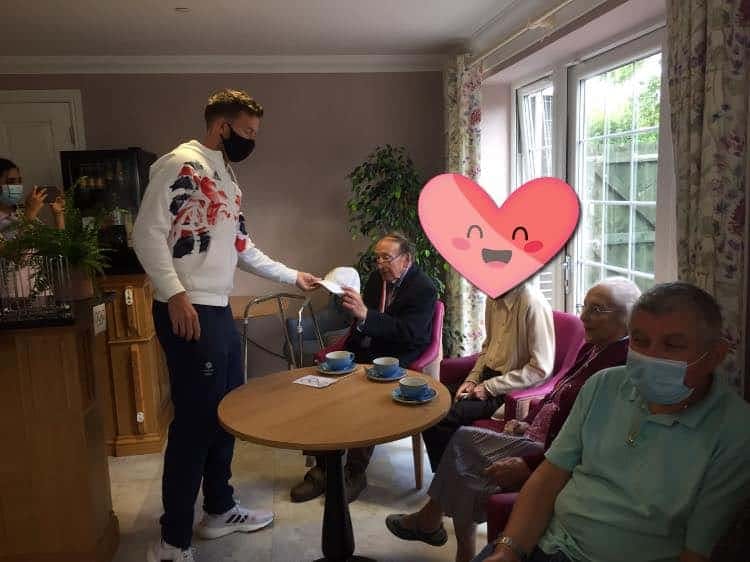 Elsyng House held their Olympics award ceremony too, where all residents were awarded gold, silver and bronze medals for their participation in all games, organised by their lifestyles team. 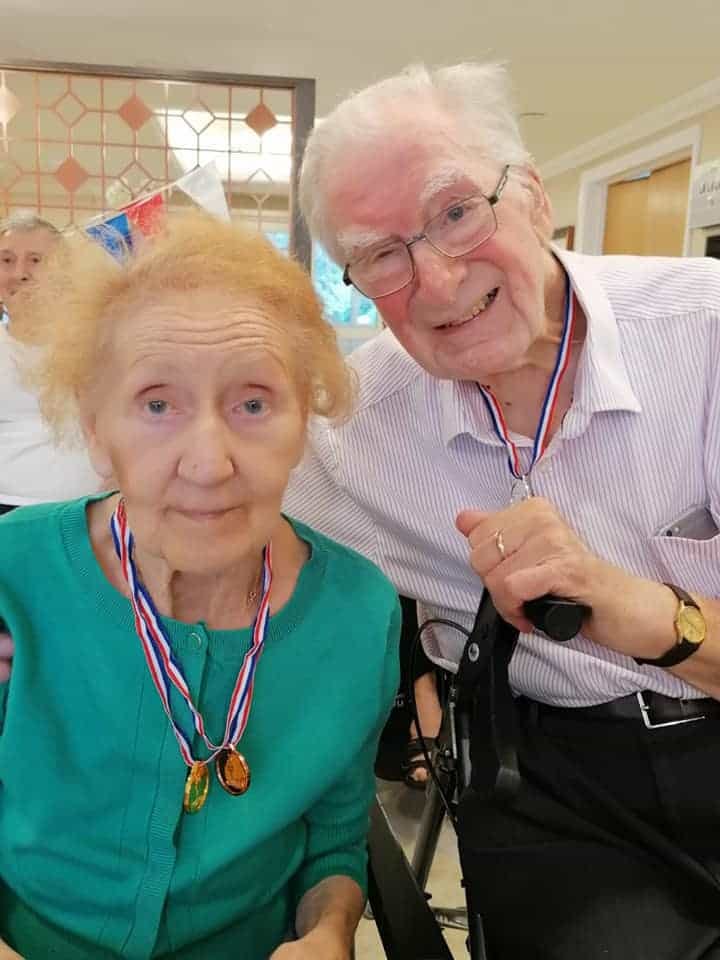 Resident, Audrey was the overall winner and was awarded four medals, followed by Brian who took second place with three medals.

Elsyng House finished up their award ceremony by putting on a beautiful concert, dancing and drinks for everyone to enjoy!

A huge thank you to everyone who took part and put in so much time and effort to make these games memorable for our residents and their families.

We look forward to seeing you in four years’ time in the pursuit of more medals and prizes!