Kyril Drozdov, the new Head Chef at Elsyng House, has an outstanding career working alongside some of the best chefs in some of London’s most iconic restaurants.

Starting his career as a part-time Kitchen Assistant, Kyril’s career really took off in 2006 when he joined Marco Pierre White’s famous Michelin starred Mirabelle restaurant in Mayfair, London, a restaurant where A-list celebrities were frequently spotted. Following his passion for seafood, he then became a Chef de Partie in the two Michelin starred Oyster Bar, Claude Bosi at Bibendum, where only one year later he was offered the role of Sous Chef. 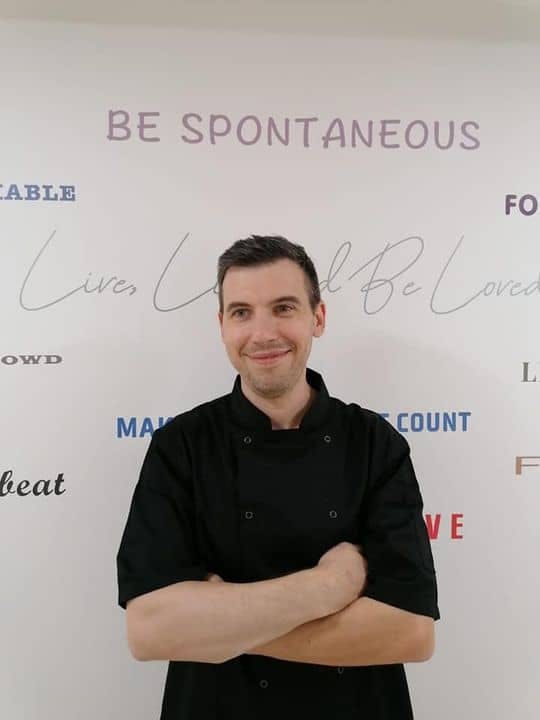 Looking to broaden his experience in food, Kyril joined the trendy British Dean Street Townhouse in Soho as a Pastry Chef. The following years saw Kyril working in the high-end Michelin starred La Trompette in Chiswick, followed by the modern British botanical themed brasserie, Broadleaf, with his latest role as Head Chef in the five star SOHO Hotel in Azov, Russia.

Kyril explains his passion for food comes from growing up in a family that did not have much, with time spent dreaming of eating nice food every day. Once he started cooking, he discovered his love for creating memorable dining experiences and never looked back. Kyril describes his style as simple, tasty and nutritious.

Speaking about why he choose to work in a care home environment now, Kyril said: “Food is a big part of who we are. We associate food from our childhood with warm feelings and good memories, holding a special and personal value to us. I would like to contribute to that experience and make a positive difference in people’s life.”

We’re very proud to have Kyril as part of our Oakland Care team!

Find out more about Elsyng House

« Julie Payne celebrated her 105th Birthday with a surprise message from Snooker legend.
Elmbrook Court resident has found her love of golfing once again »