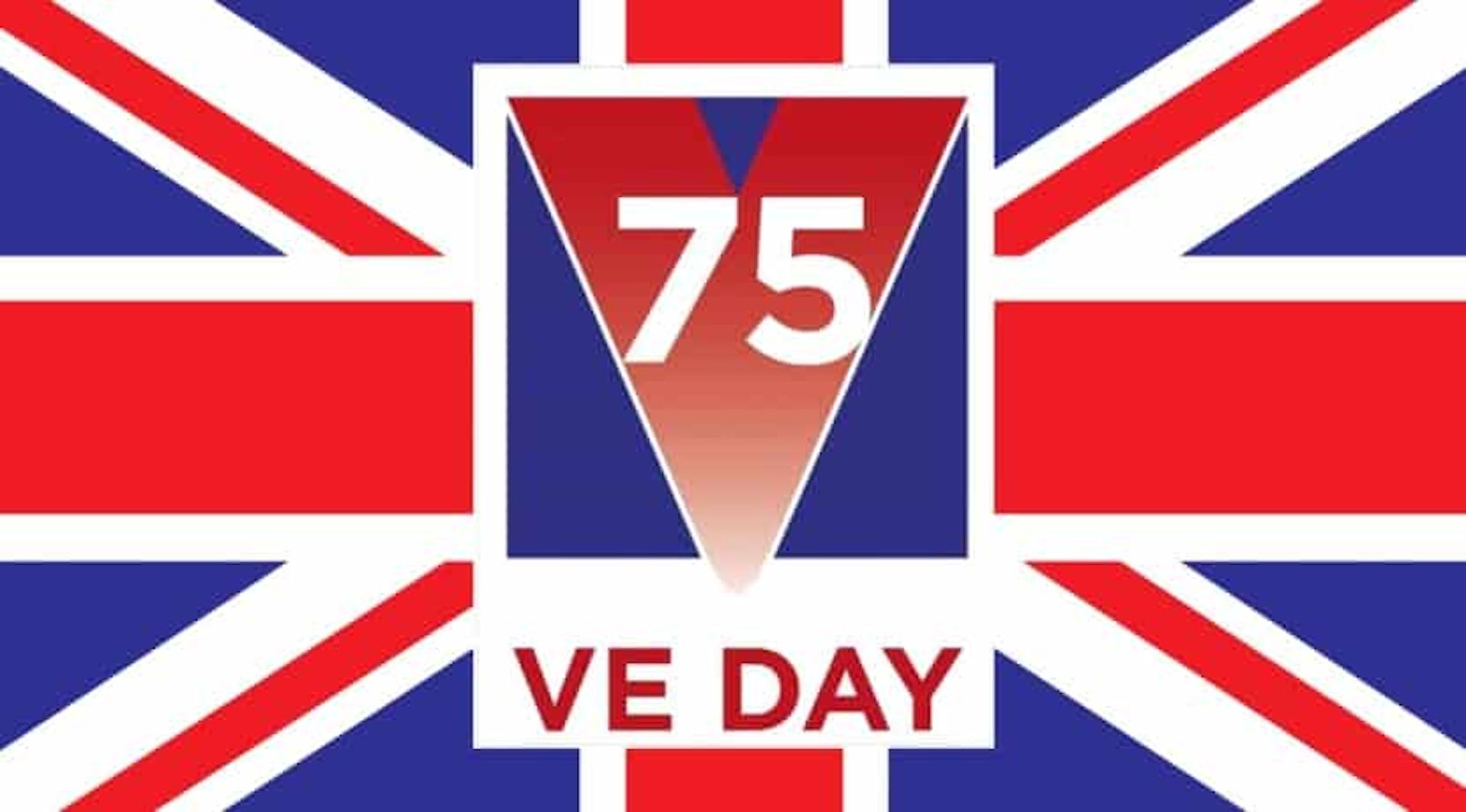 This year marks the 75th Anniversary of VE Day or Victory in Europe Day, a celebration which marks the end of fighting in Europe in World War Two. On May 8th 1945 at 3pm the announcement was made on the radio by Prime Minister Winston Churchill that war in Europe had come to an end.

This year’s Early May Bank Holiday has been moved back by four days for the whole of the UK to coincide with the 75th anniversary of VE Day.

As well as marking this important day in our care homes with celebrations, our residents from Hastings Court Care Home in East Sussex, Alan Crouch and Brenda Whicker have shared their war time stories with us.

My Little Brother and the Doodlebug

During the war years Alan and his little brother Colin spent a lot of time with each other kicking cans through local lanes and fields. Throughout that time there were constant dog fights happening above them and there would be constant rumours on invasion where local radio would report blood and guts on the daily.

Amidst all of this happening around them, Colin would always insist that there was nothing that ever frightened him. However, this all changed as one sky blue day in 1943 when Colin would come to experience what real fear felt like.

On this day, Alan and his brother both heard a loud thunderous noise. When they both looked up in the sky, they saw that a spitfire pilot had shot a German plane and it was heading for London.

Alan details, “Even though the doodlebug was now spinning out of control carrying 1,000 kg of high explosive down fast towards Colin’s head, my brother showed no fear. He felt excitement that he might witness a huge and wonderful firework like explosion, an explosion he could later detail to his pals who had missed the moment.”

Both Alan and Colin watched on quietly as the doodlebug fell from the clouds, past the local church and slamming hard into the road just outside the butchers.

Alan said, “Rather than the explode giving my little brothers young eyes the fire feast he’d anticipated, the doodlebug bounced like a flat stone on water past the vicarage through the tree line ploughing a potato field before coming to an abrupt stop in the dirt. Still it didn’t explode.”

Seventy-five minutes later having cleared the surrounding area, two policemen and an army officer approached the 1,000 kg bomb. To their surprise, they found Alan’s little brother Colin sitting happy astride the explosive. Alan continued, “His first fearless words were, “I’m Colin Crouch, nothing frightens me.” 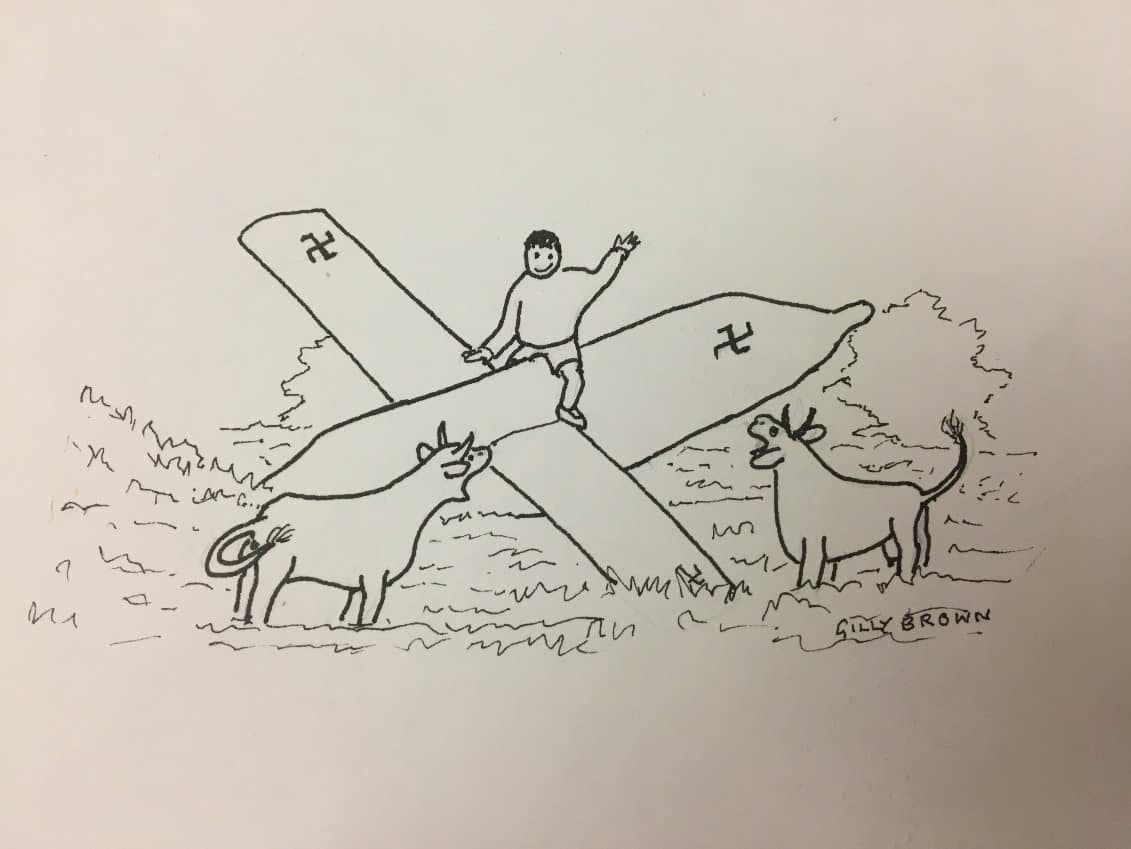 “Once Colin had been persuaded to slide himself back down the spine of the bomb he was grabbed by the ear and marched home to our parents. Only now as the bobby in blue explained to mum and dad what he’d done and what he’d been sitting on, only now for the first time ever did our dad really lose his temper, shouting, screaming, raging at Colin, only now did Colin understand what real fear felt like.”

This is the first time Alan saw his brother truly fearful and it was also the first time both brothers understood just how much their father loved them.

This incident inspired Alan so much that it became one of the sole reasons why he ended up joining the army himself. “Later that night, watching the uniformed bomb disposal unit put themselves in harm’s way in the defence of others prompted me to join up as soon as I could.” 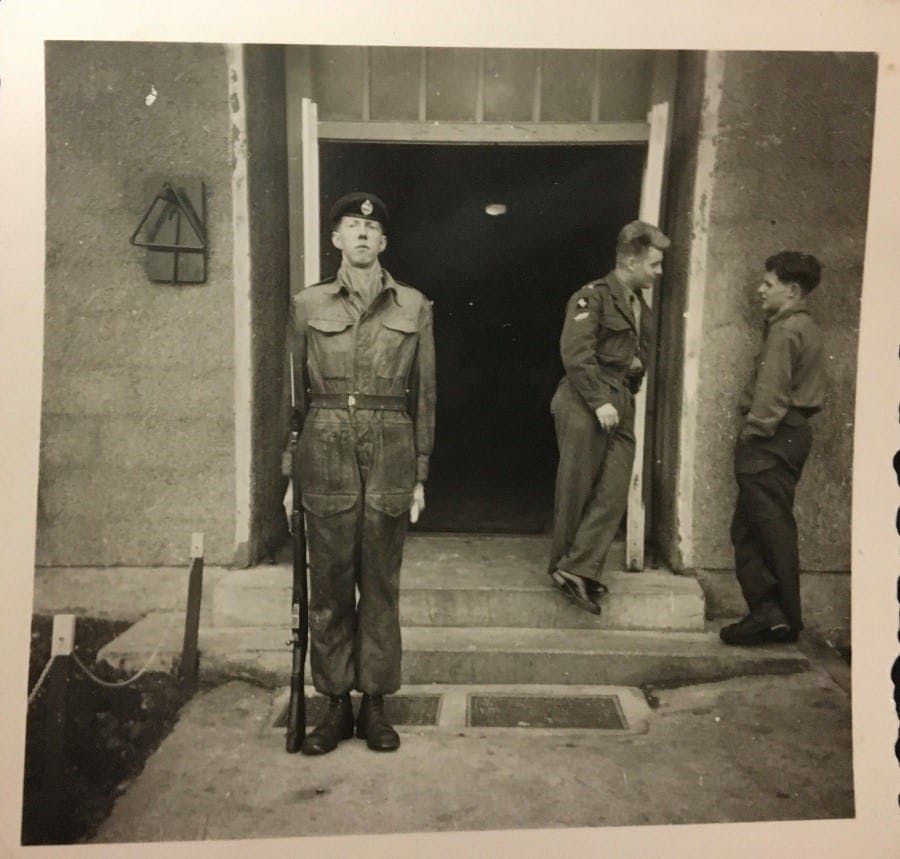 At Hastings Court, residents regularly get together and discuss stories they are passionate about. It is here where the discussion group was full with war time memories from residents during their childhood. Brenda details her time during the war years and how proud she felt being in service.

“I’d explained to the group my times in Scotland during the war years, how proud I felt being promoted from private to corporal, walking the Scottish streets with two stripes on my arm.” 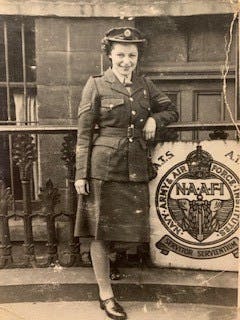 Brenda went on to talk about how even though she had been in service, she was pleasantly surprised when she came across another fellow resident at Hastings Court who had also been a part of the war.

“My duties had introduced me to many brave soldiers both male and female, but nothing could have prepared me for coming face to face all these years later at Hastings Court with SBS hero Alan Kemp. Shot by the Germans, bayoneted by the Italians, Alan survived. The tales of his war exploits were fascinating. Thank you, Alan, a true hero.” 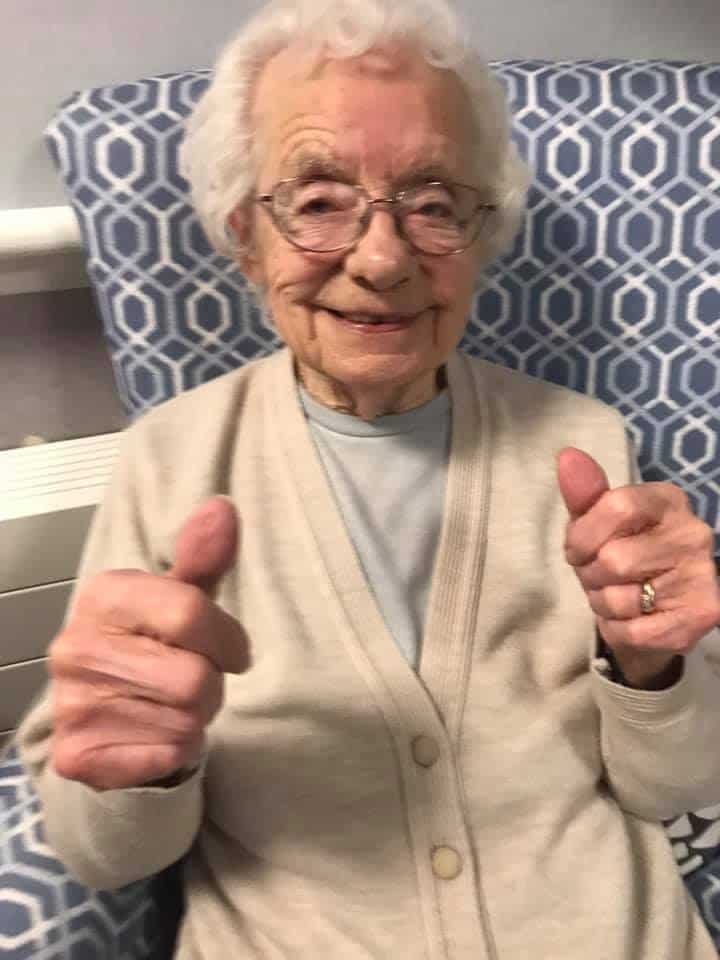