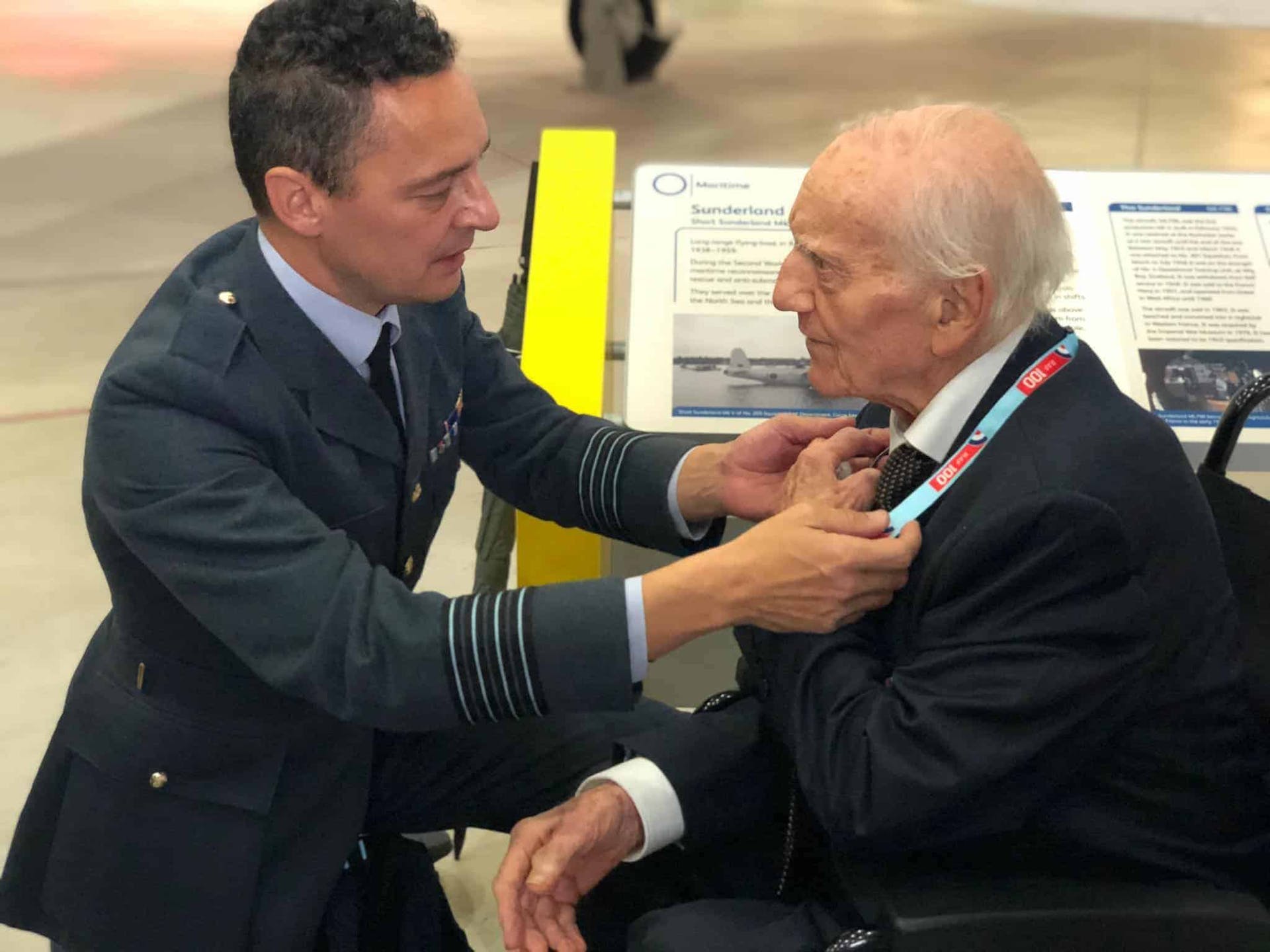 Peter White, 97, one of the few remaining pilots from WWII, recently visited IWM Duxford with our Woodland Grove Lifestyles team, where he was presented with a pair of RAF centenary cufflinks.

Peter moved into our Woodland Grove care home 18 months ago after developing dementia.  He was a pilot with 203 Squadron for five years and served all over the world including Africa, India, Cairo and Palestine. His daughter, Sally Connell asked Woodland Grove for support to make this memorable trip and our Lifestyles team were only too pleased to help.

Speaking about the trip, Sally said it was “wonder­ful” to see how happy her father was at the museum: “It was hugely significant for him and his memories from that time are still strong.”

“As well as this being a chance for him to revisit those memories, I wanted the trip to be a celebration of my father – what happened in Southeast Asia during the war was unreported at the time because of the poor communications to that area.”

“It was wonderful to see his pleasure at being re-con­nected with the RAF after all these years. He, like his many fellow officers, was very proud to serve.”

Lifestyles Coordinator, Eirlys Roff, who helped organise the day trip for Peter and other veterans from Woodland Grove.  Eirlys said: “Active reminiscence like this, that allows people to connect with those significant times in their lives has huge benefits for their wellbeing,”

“Our care isn’t a ‘one size fits all’ at Woodland Grove, we tailor experiences to each
individual and we were thrilled to see the effect on Peter, it’s so rewarding.”

Peter joined the RAF straight from school where he’d been a member of the Air Corps.  He served all over the world, including Canada, where he trained radio and TV star Hughie Green to become a pilot.

He keeps photographs from his time in the air force in his room at Woodland Grove but his daughter Sally has an extensive collection of records that will now be going to the RAF Museum at Hendon.

“He kept everything from flying logs to notebooks, his uniform to photos of visits to
the Squadron by Louis Mountbatten who was then the Supreme Allied Commander
South East Asia.”

He can now add to this collection a commemorative lanyard and cufflinks for the RAF’s
centenary he and fellow resident, Gerald Slater, were presented with on the trip.

“I’m very grateful to Eirlys for helping to make this day possible,” said Sally, “and I’m pleased the RAF now have a record of him.  It was wonderful to see his pleasure at being re-connected with the RAF after all these years.  He, like his many fellow officers, was very proud to serve.” 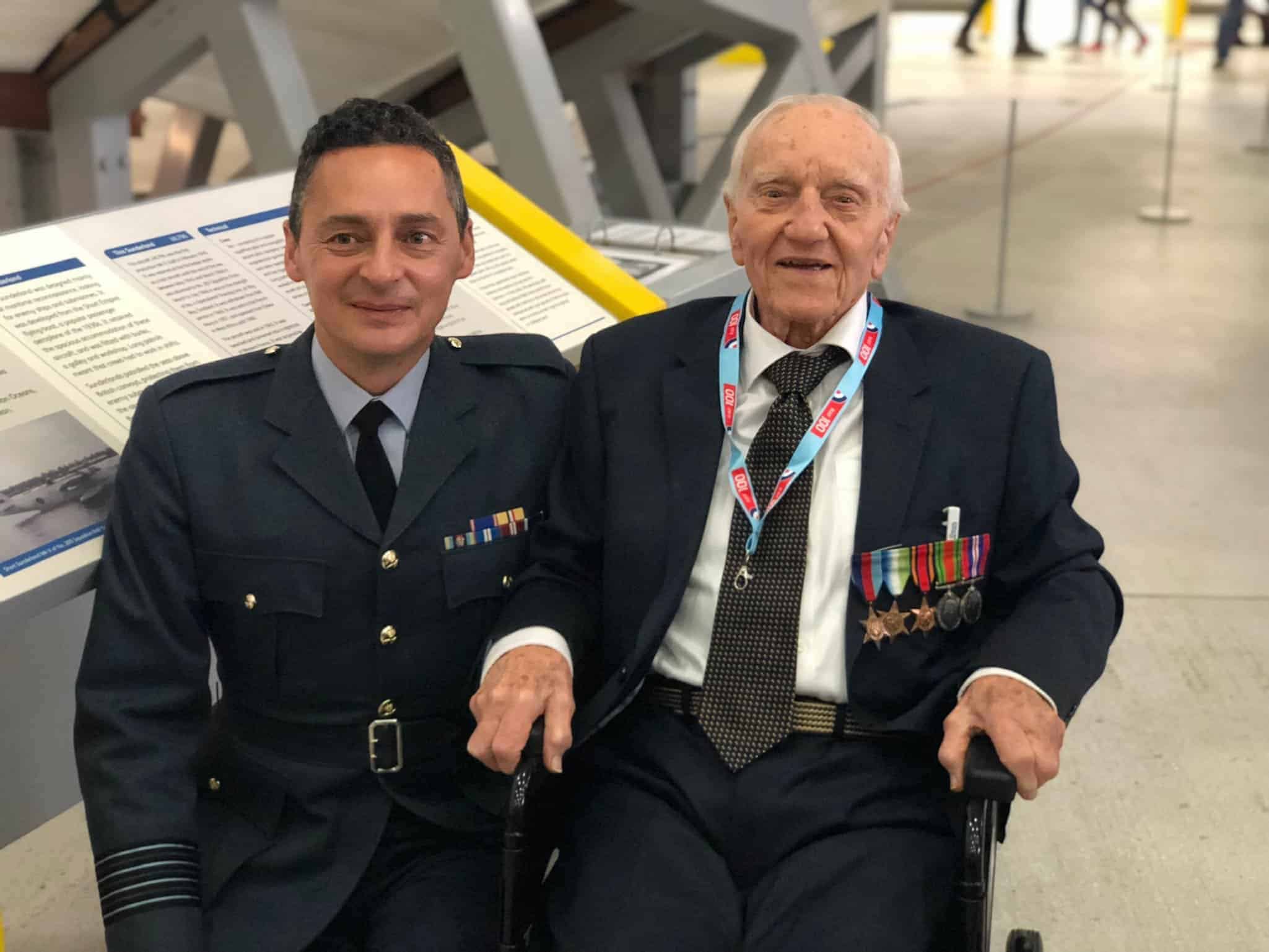 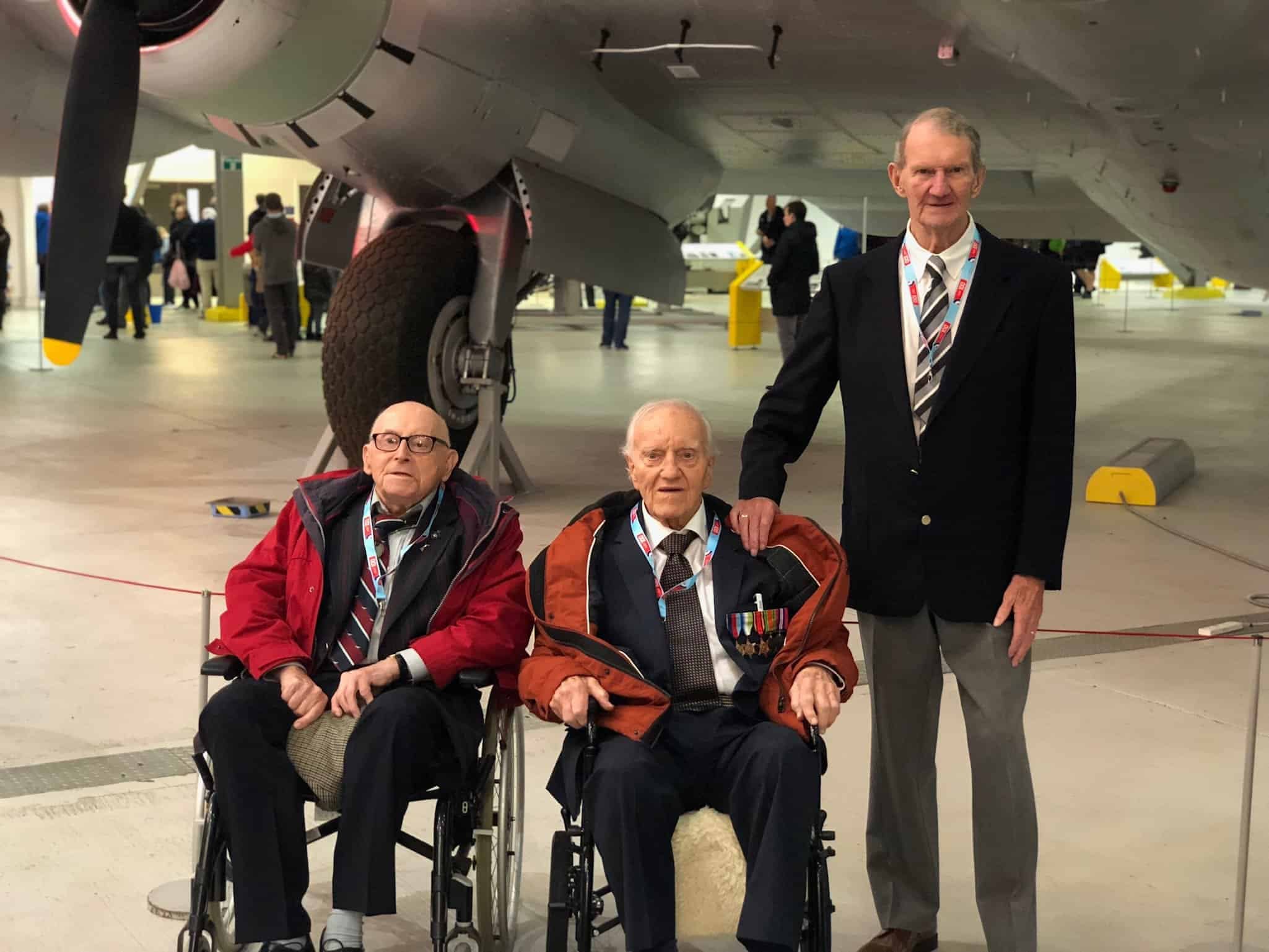 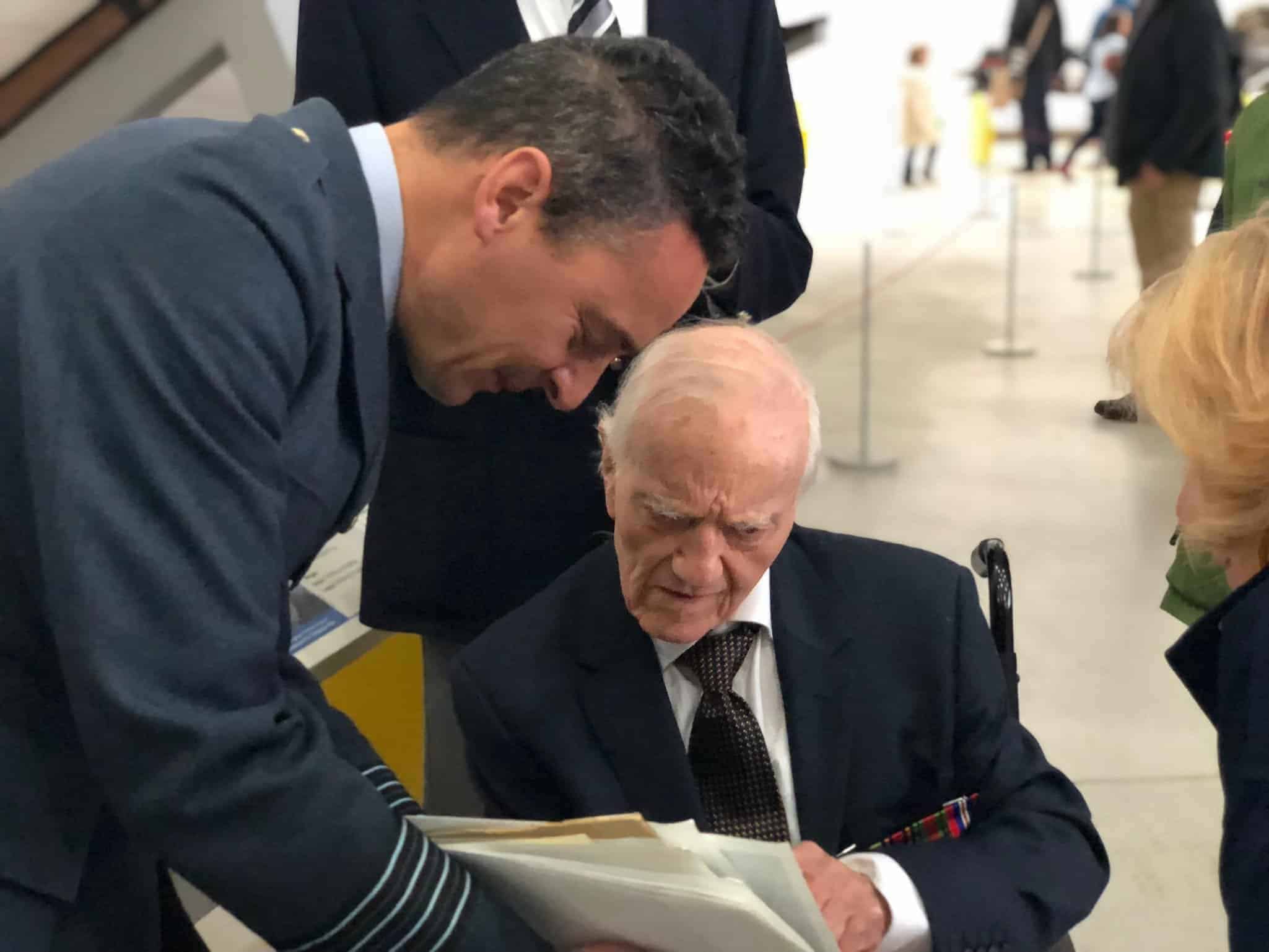 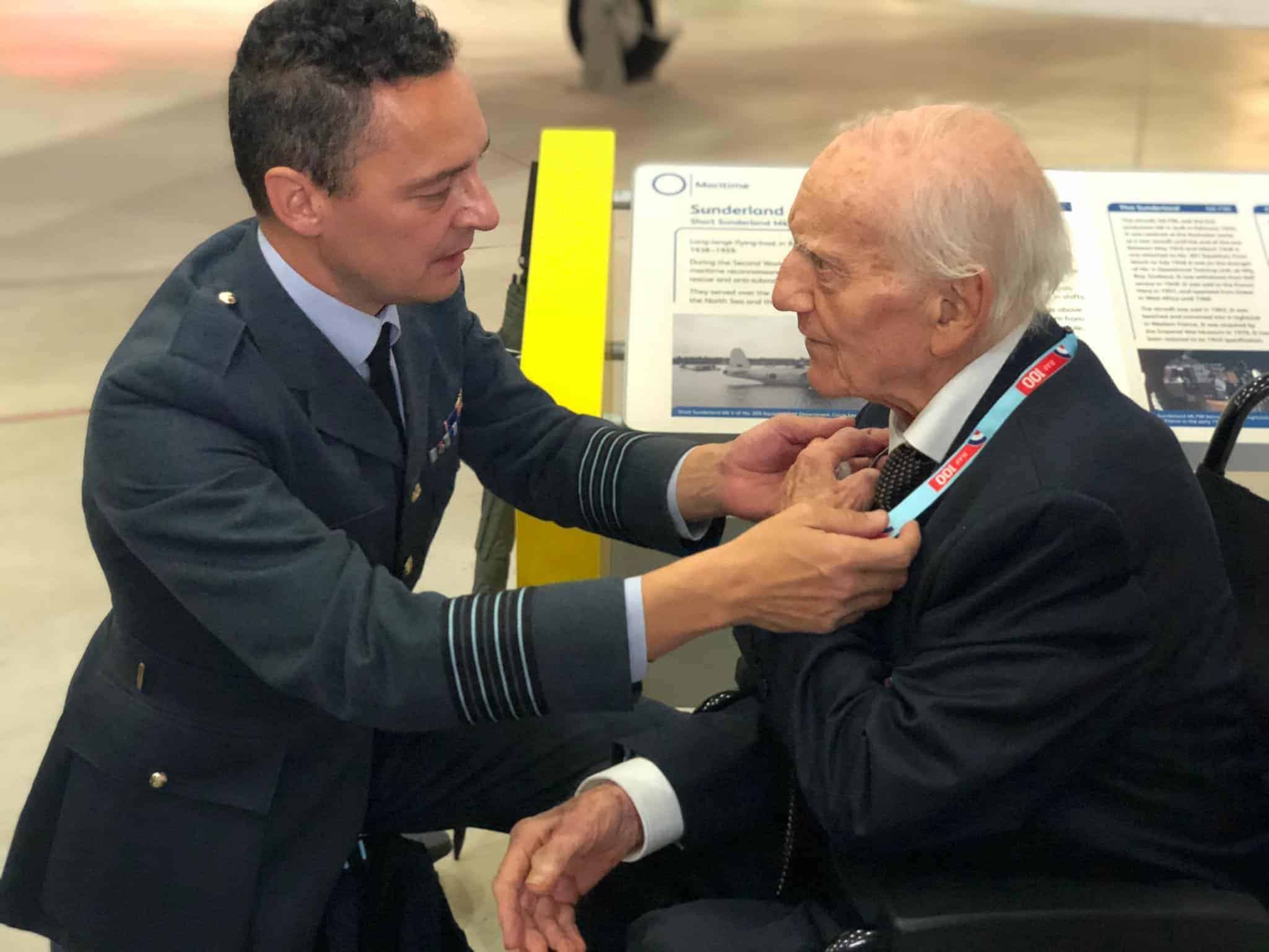