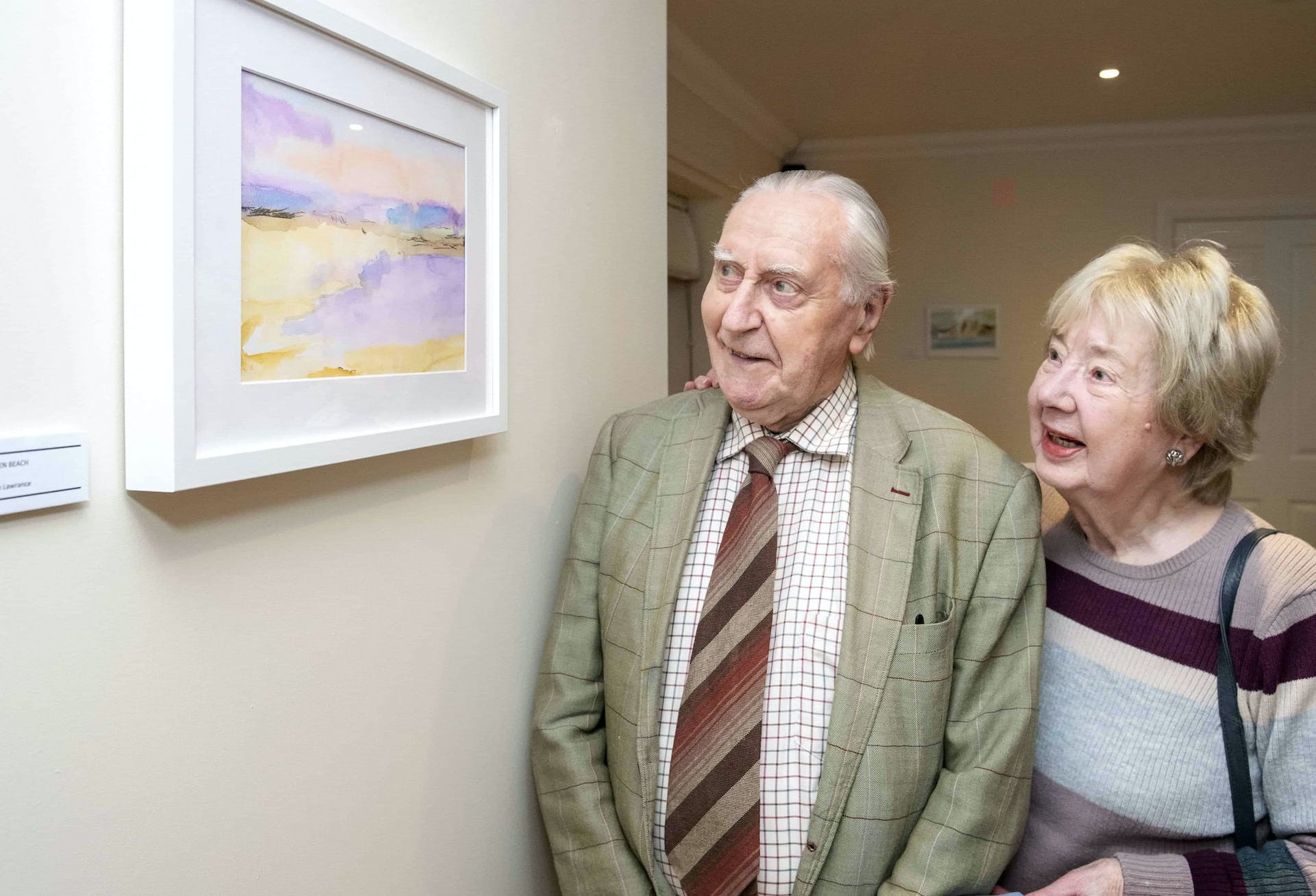 Woodland Grove’s ‘Forgotten Shores’ residents’ art exhibition and auction officially opened on Thursday 28th February 2019. Loughton’s Mayor, Cllr Stephen Murray,
was amongst the guests at the open evening, which raised over £800 raised for the residents’ fund.

Memories of the seaside were the subject of the exhibition, which was a culmination of more than six months work by members of Woodland Grove’s Art Club. The selection of
seascapes were created through a process of reminiscence and imagination, under
the guidance of Lifestyles Assistant and Artist, Ali Kemp.

“We chose images of the sea as everyone has memories of being by the coast. This project has encouraged residents to come out of their shells and lose themselves in creating something they didn’t think they could achieve”, said Ali.

“The therapeutic benefits of art are proven time and time again.  For our residents, the classes give them a sense of control, of purpose. Some of them have almost been too nervous to even try but then they’ve been blown away by what they’ve been able to achieve.  It’s wonderful to see the satisfaction and the thrill they get from their work.”

Three-quarters of the art group have dementia. John Lawrance, 91,  used to paint
regularly and the club has given him the opportunity to rediscover a joy he’d forgotten.

John said: “I love using watercolours, I’m inclined to say I think I’ve done a good job with my paintings and I’m very proud to show them in the exhibition.  It’s quite something to think they could end up on someone’s wall!”

For Iris Young, 81, this is the first time she’s ever picked up a paintbrush. It took
some encouragement for her to find the confidence to take part in the group but
once she decided on her subject matter, the White Cliffs of Dover, she hasn’t looked back.

Iris said: “I enjoyed creating this piece more than I thought I would, especially taking part with other people, I’m really pleased with the cliffs – they actually look like
cliffs – smashing!”

Home manager, Hazel McGwyne, said: “The majority of our community never get to see what goes on in our home so it’s been great to be able to show them that people
who live here are still achieving, still growing and still trying new things.

“Opportunities to be celebrated for our achievements often get fewer and further between as we get older so this has been a very special evening for the members of our art club.” 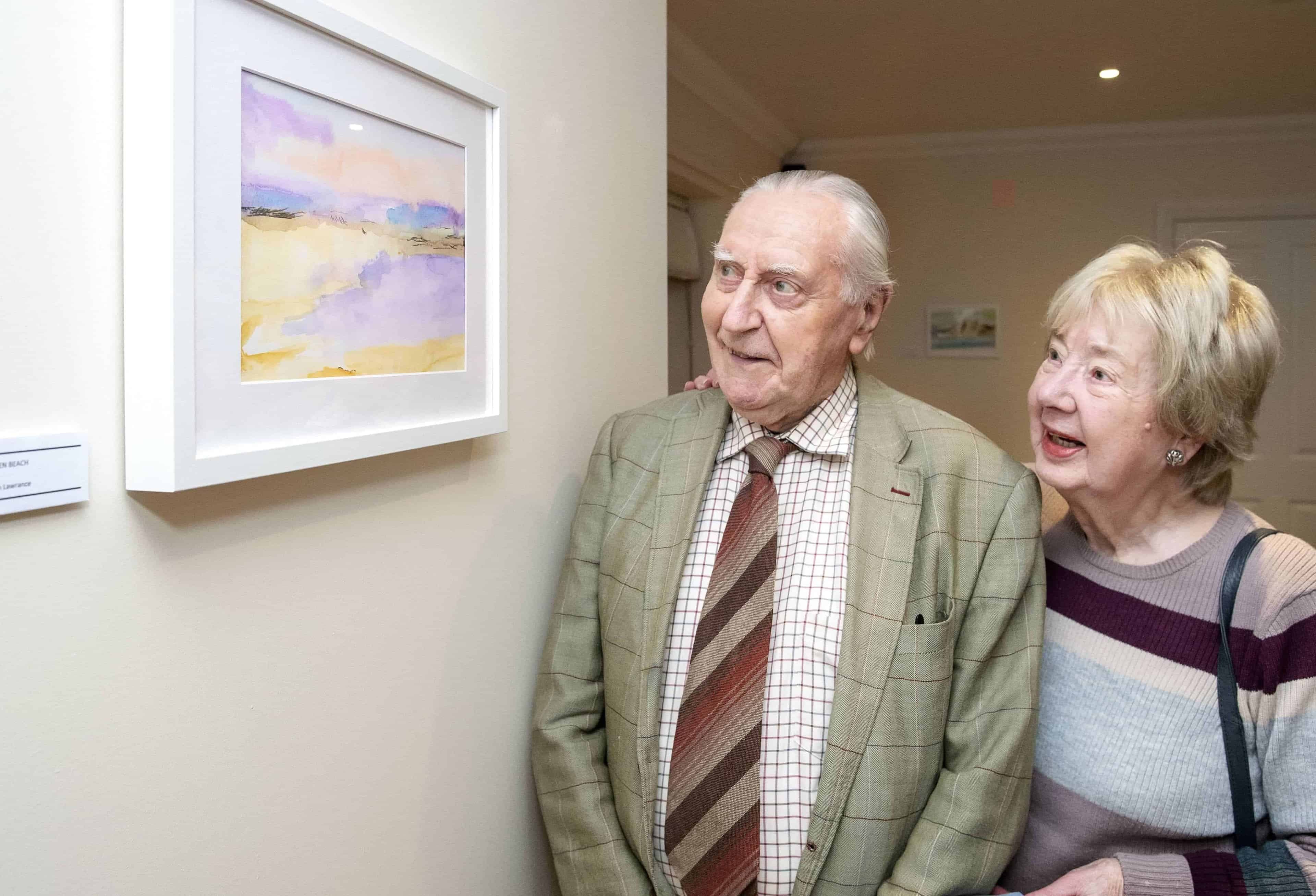 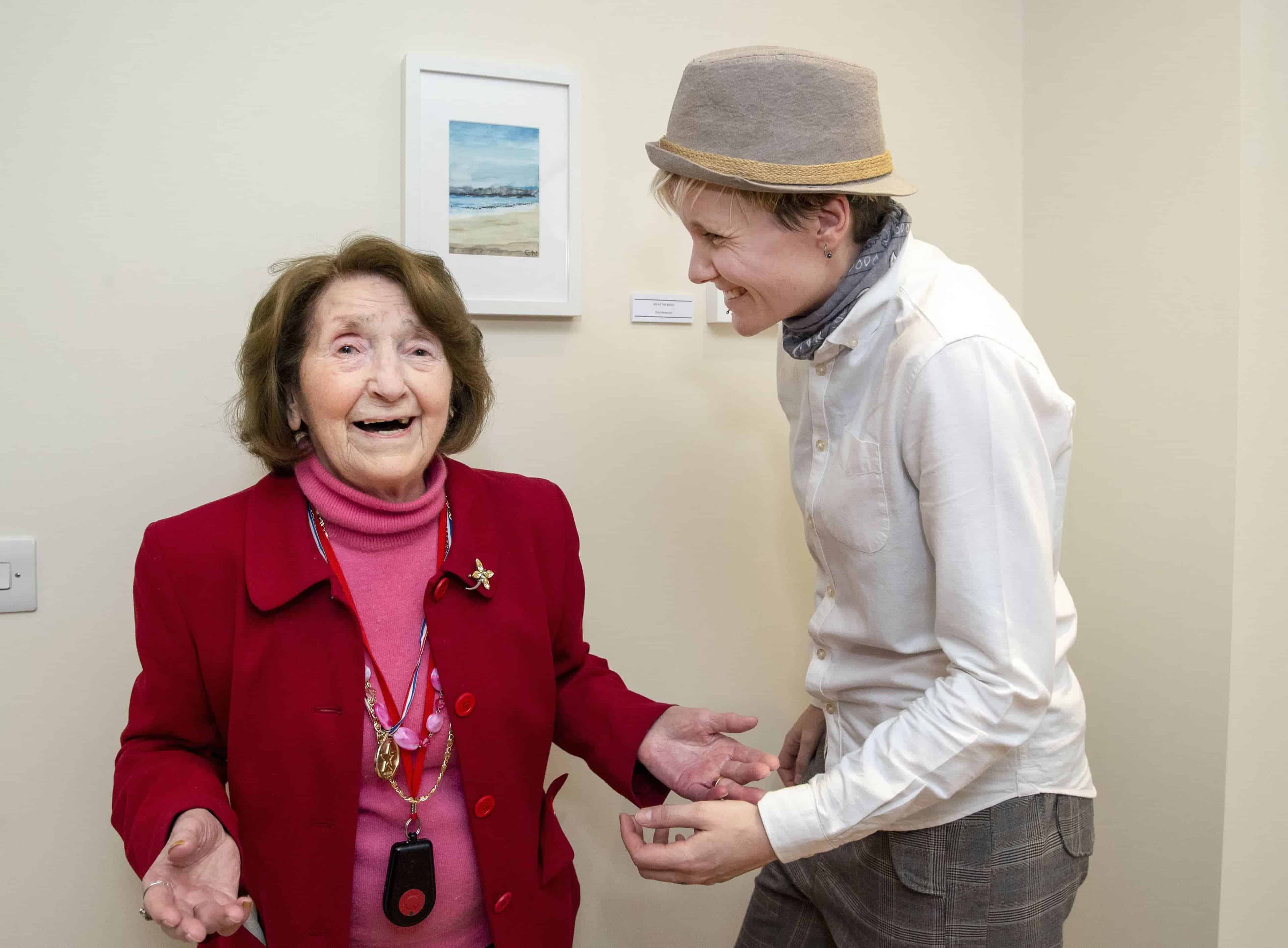 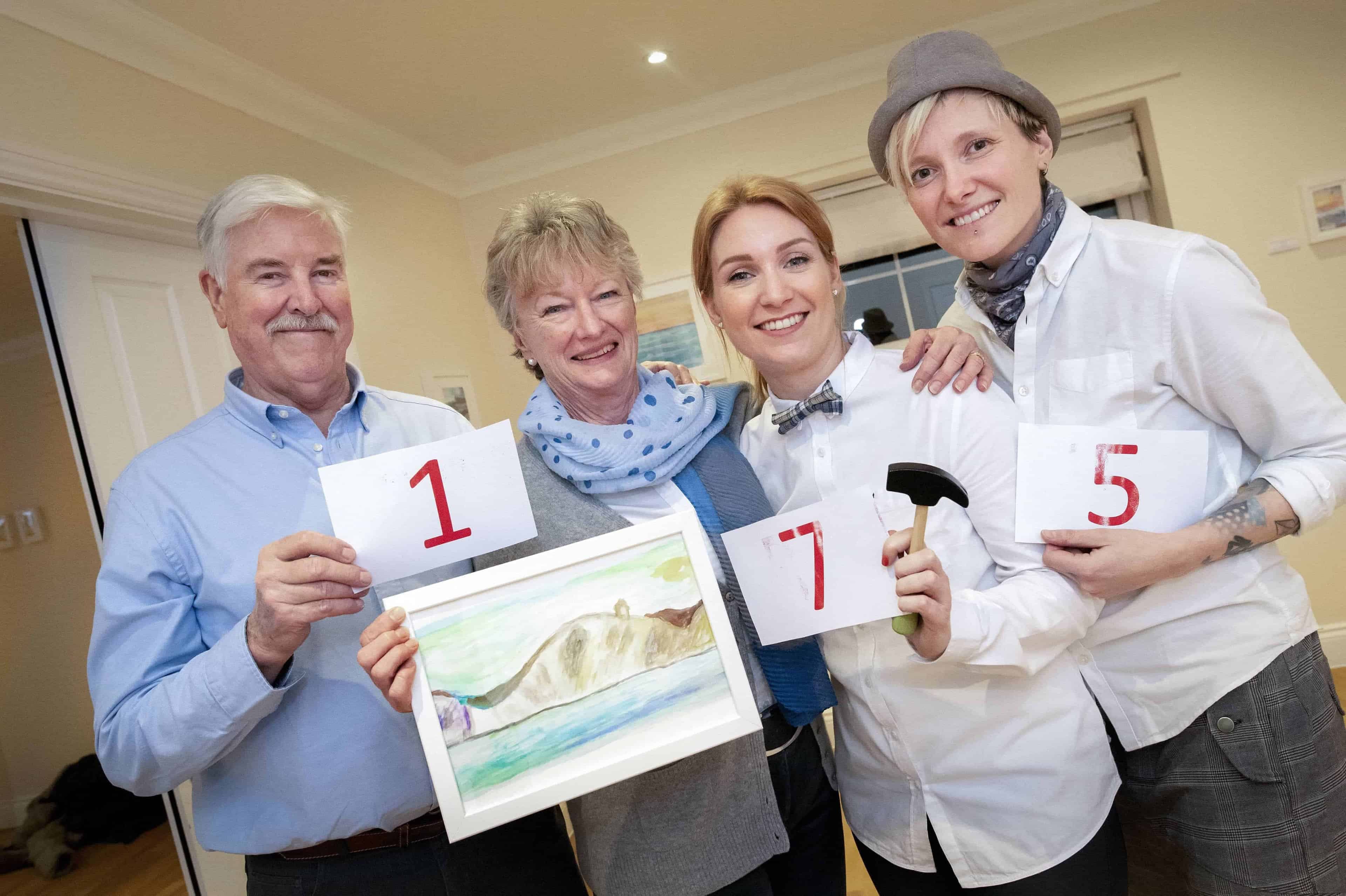 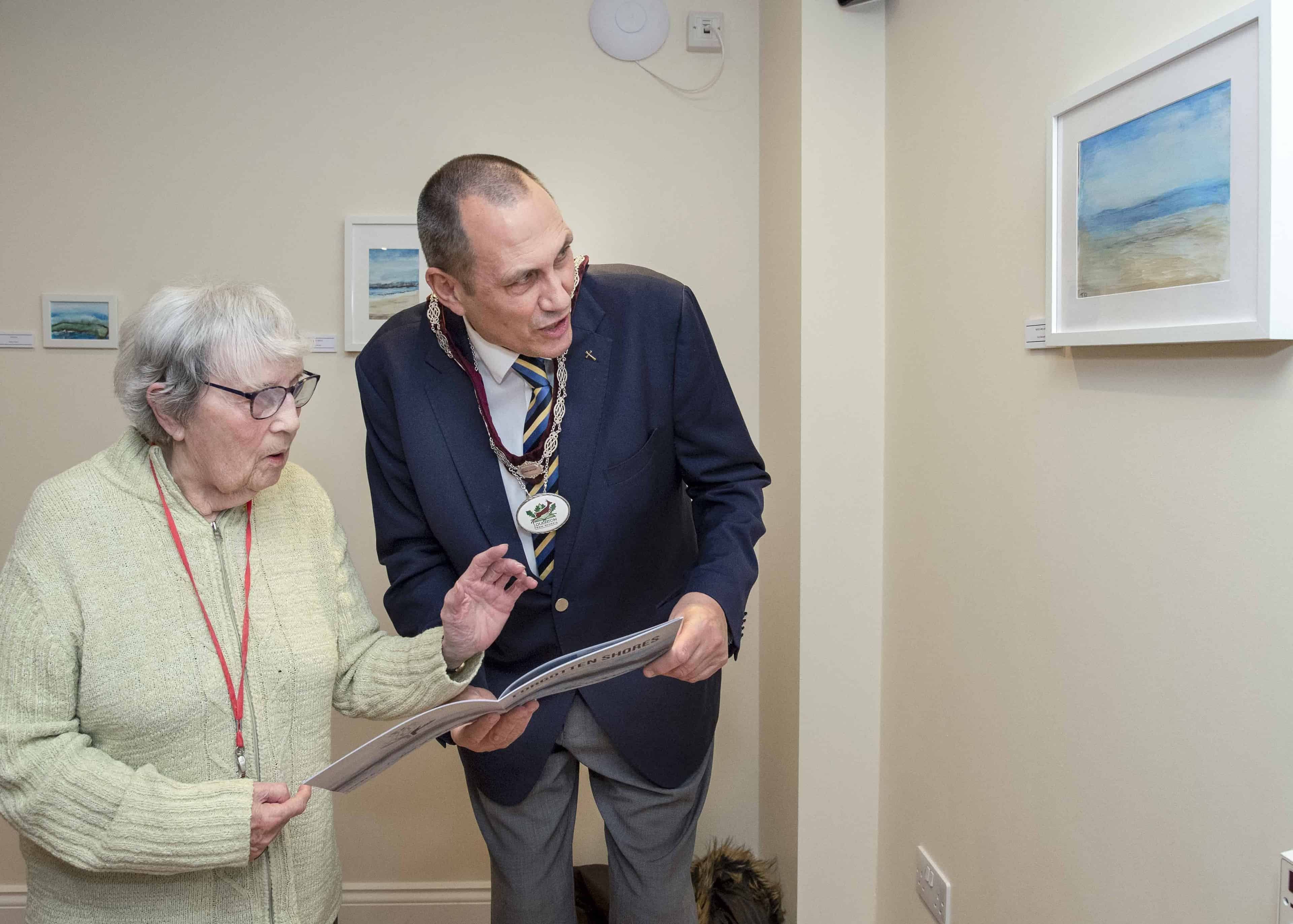