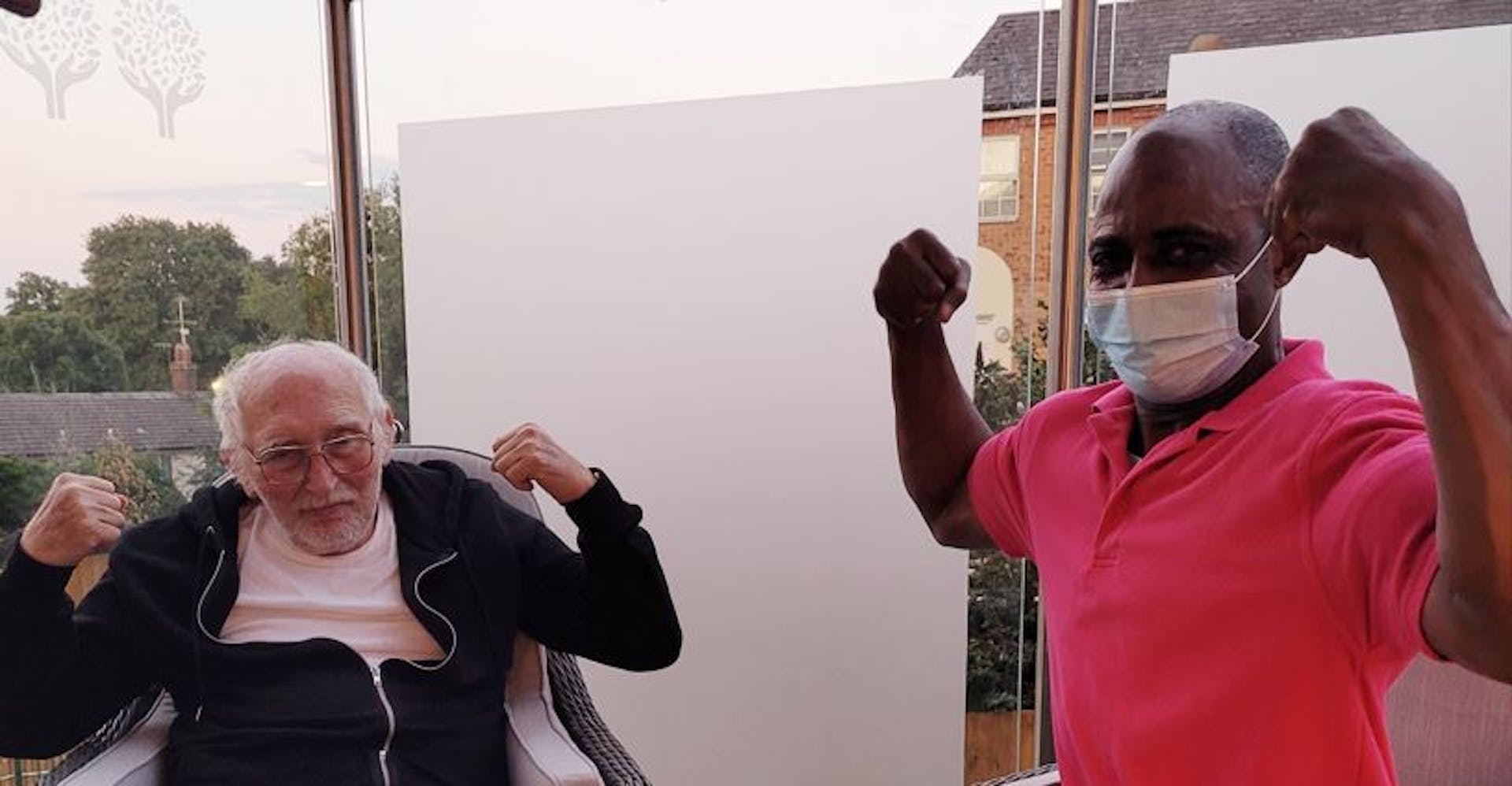 Weightlifting Trailblazer Swapped Olympic Medals For Most Rewarding Role Yet!

Night carer Kayode ‘Coach’ Balofin at Birchwood Heights care home has a fascinating tale for the residents on his watch. Originally from Nigeria, Kayode is single-handedly responsible for establishing an all female team of weightlifters and training them to such a high standard they scored a silver at the Barcelona Olympics in 1992. 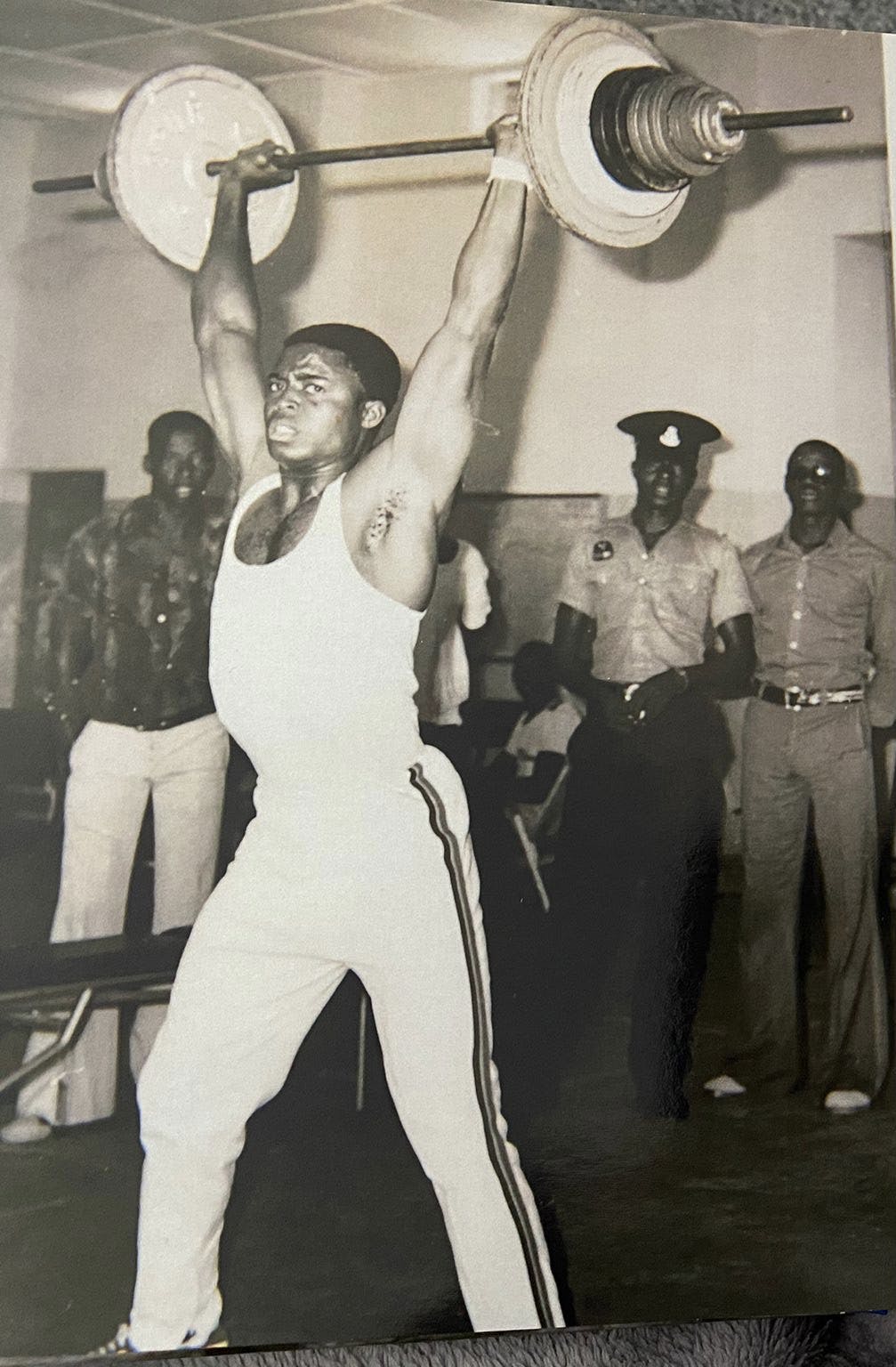 Kayode, from Swanley, became a carer 20 years ago at 50 – proving it’s never too late to change your path and take on a fresh challenge. He now uses his incredible people skills to care for the elderly at the luxury care home in Swanley. 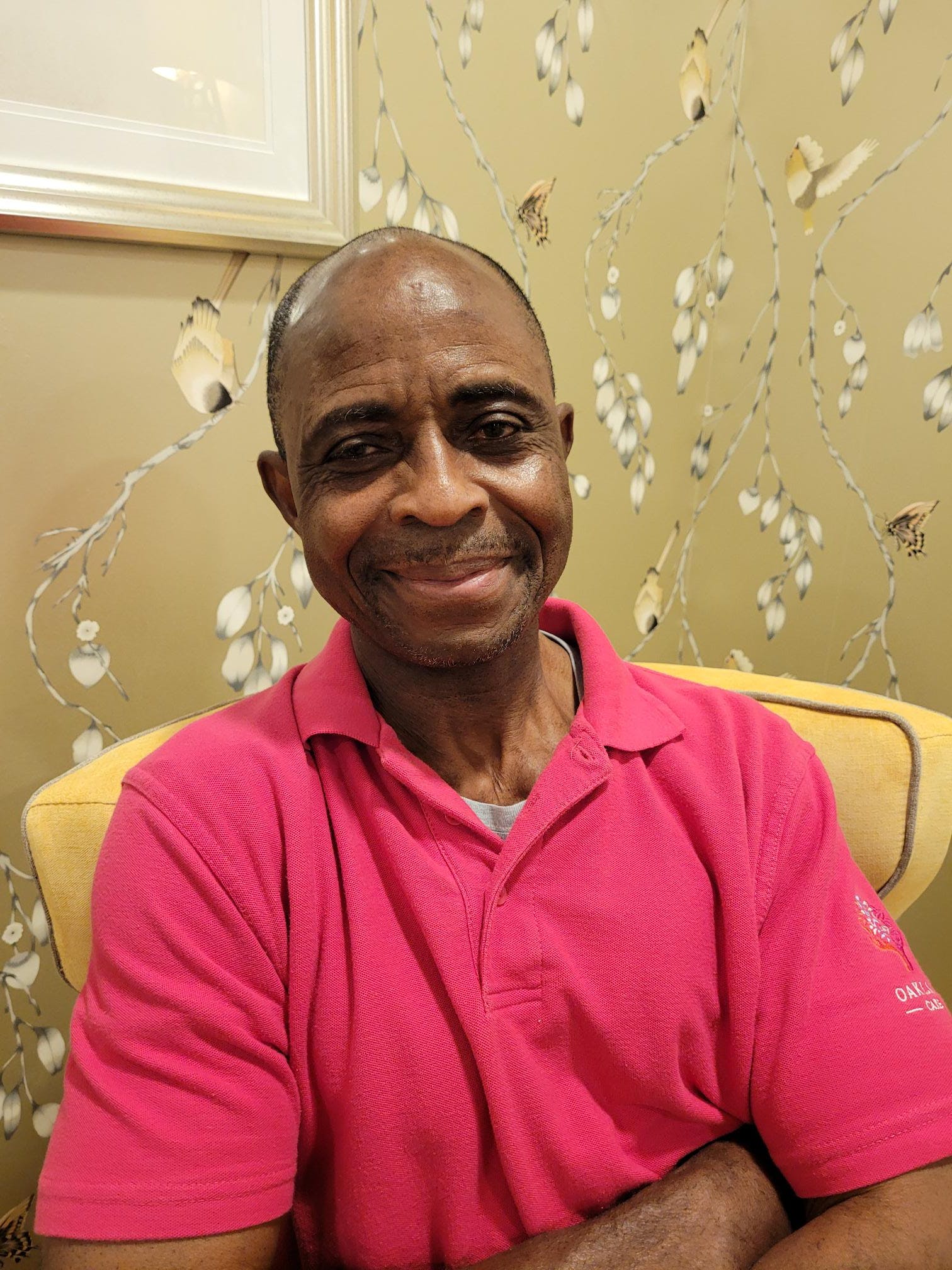 Kayode says: “Training and caring are the same things. You have to believe in someone, you have to be able to bring out the best in them, for them to realise their own potential and keep their mind and body strong through self-belief. When I began weightlifting in Nigeria I had to improvise – I would lift men and pull cows with my teeth to make me strong. Where there is a will there’s a way”. 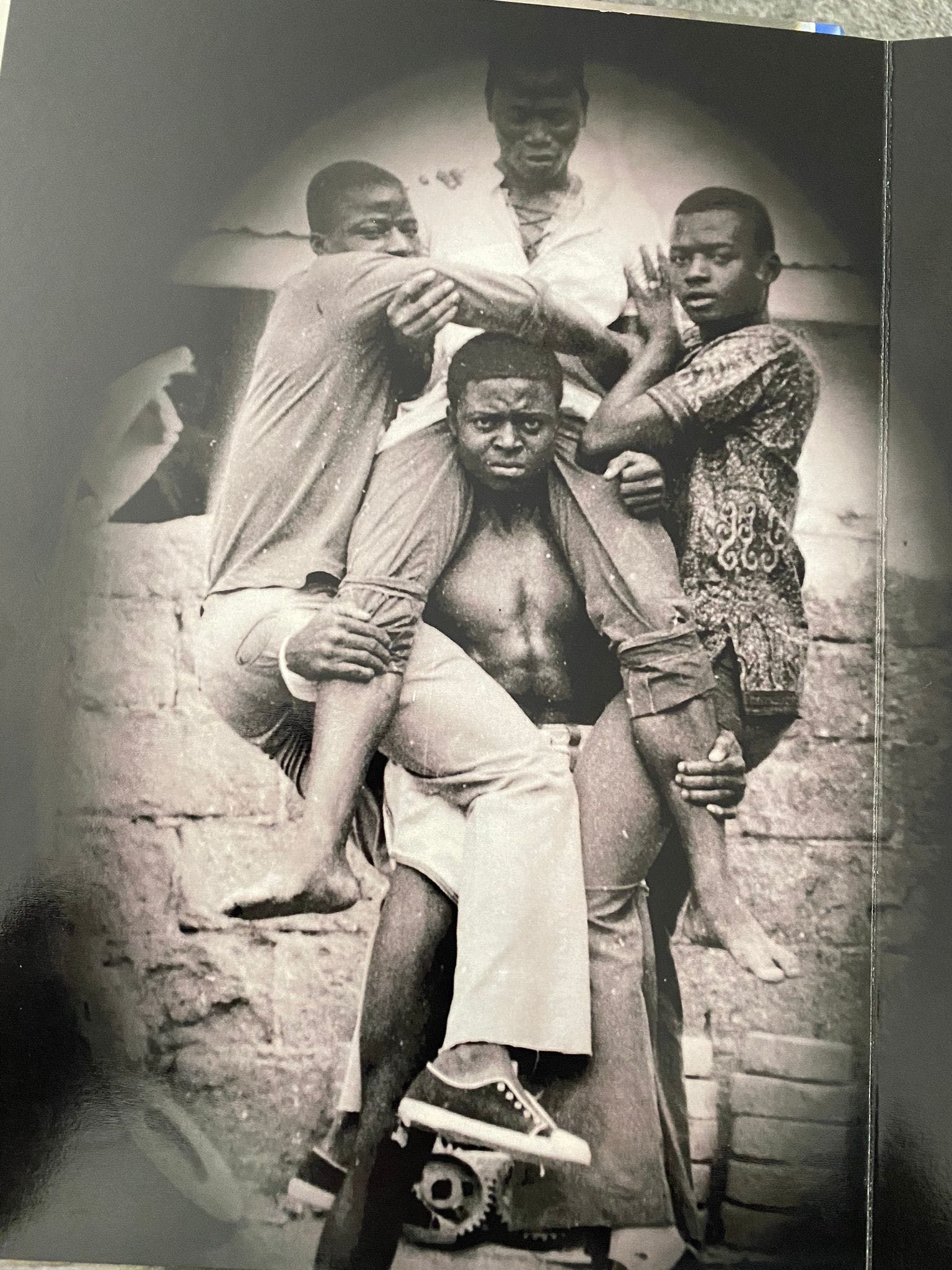 “I have always been driven by my passion to help those with a less privileged position in society. I have coached paraplegic athletes, able bodied athletes, men and women and no matter what you can achieve your dreams.”

From winning a string of local ‘Superman’ weightlifting contests in Nigeria to leading the Nigerian women’s weightlifting squad, Kayode, now 70, is happiest motivating the residents with the same energy he used to pioneer women’s rights in his home country where women had never had the opportunity to train as weightlifters before.

Already an established weightlifting champion in his own right, Kayode saw the potential and demand for women to participate so started to train a small group of women. Taking the gold at the Commonwealth Games before a triumphant second outing at the Olympics in Sydney in 2000 where his wife Ruth, now 70, took home a silver medal – cementing Nigeria’s newly found passion for female weightlifting. 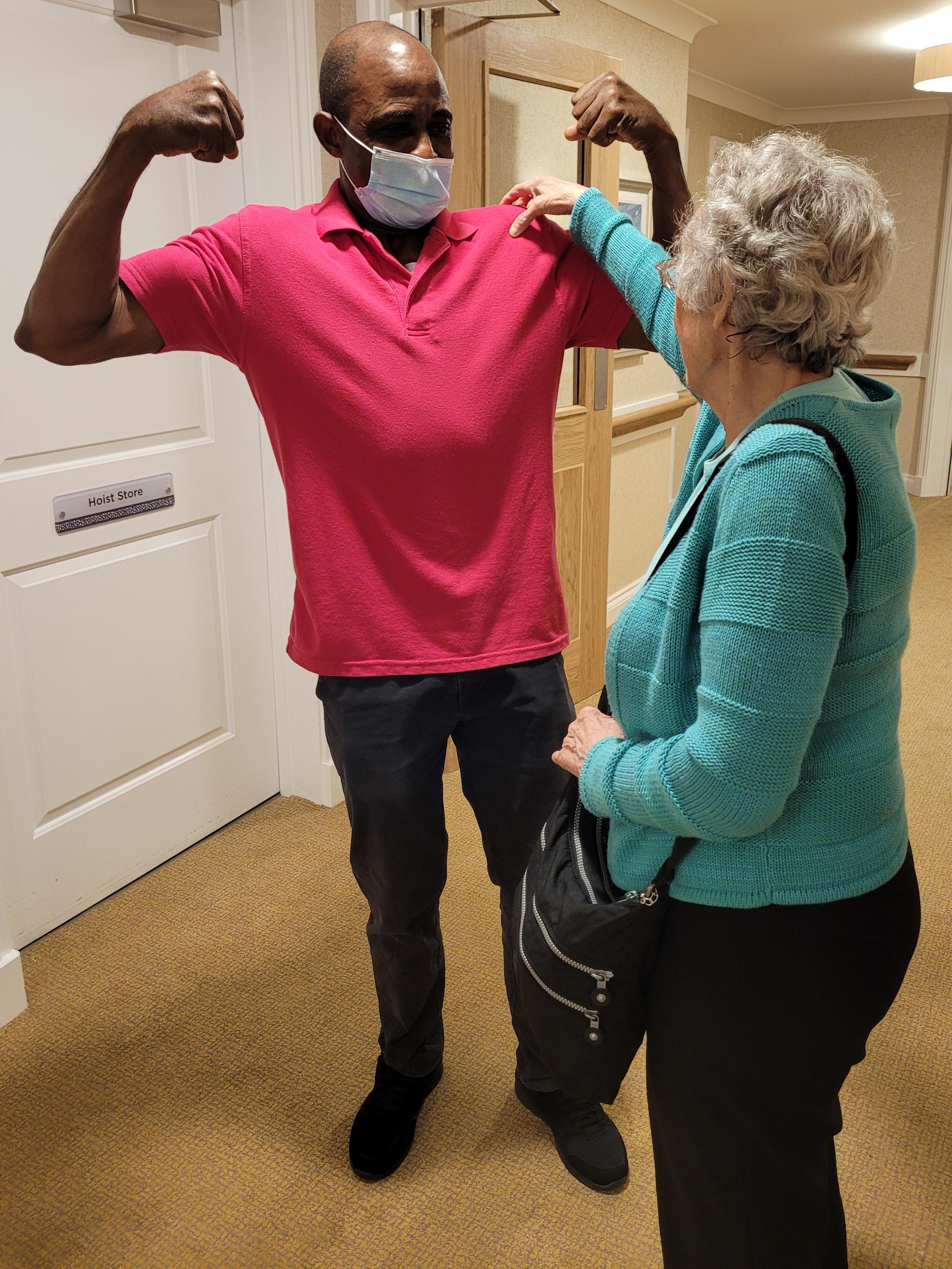 After many years continuing to train athletes, Kayode and his wife settled in the UK and the accomplished coach knew exactly how to use the skills he had learnt to achieve his greatest accolade yet – bringing happiness and strength to the elderly in Birchwood Heights care home.

General Manager at Birchwood Heights, Harry Garston says: “Having Kayode around is brilliant. His enthusiasm for learning and teaching is infectious and he brings a real positivity into his everyday duties. We are really lucky to have not only such a great person on the team but also such a distinguished Olympic Coach.

Although he’s at retirement age, his energy belies his years. At Birchwood Heights, it doesn’t matter if you’re 70 or 17, if you have compassion and a love for caring for people, you can build a career here. We would welcome new staff into the home who are in their later years because they’ve often got such a wealth of knowledge and experience that makes them excellent carers.”

Find out about joining our team at Oakland Care.