Following a conversation with John our Lifestyles Manager, Kimberley Mann, organised the event for John and his family. As well as being a chance to hear his piece performed, it was a trip down memory lane for John as he had worked with all the musicians when he was the conductor of the Hastings Area Youth Symphony Orchestra.

John was Musical Director of Schools in East Sussex, a role he enjoyed for almost 25 years. He was always a prolific composer, writing compositions for choirs, a children’s opera and many orchestral works including four symphonies.

He worked in the county until 1993 and for the next 18 years he travelled the world as a music examiner. At this point, he also started composing chamber music. 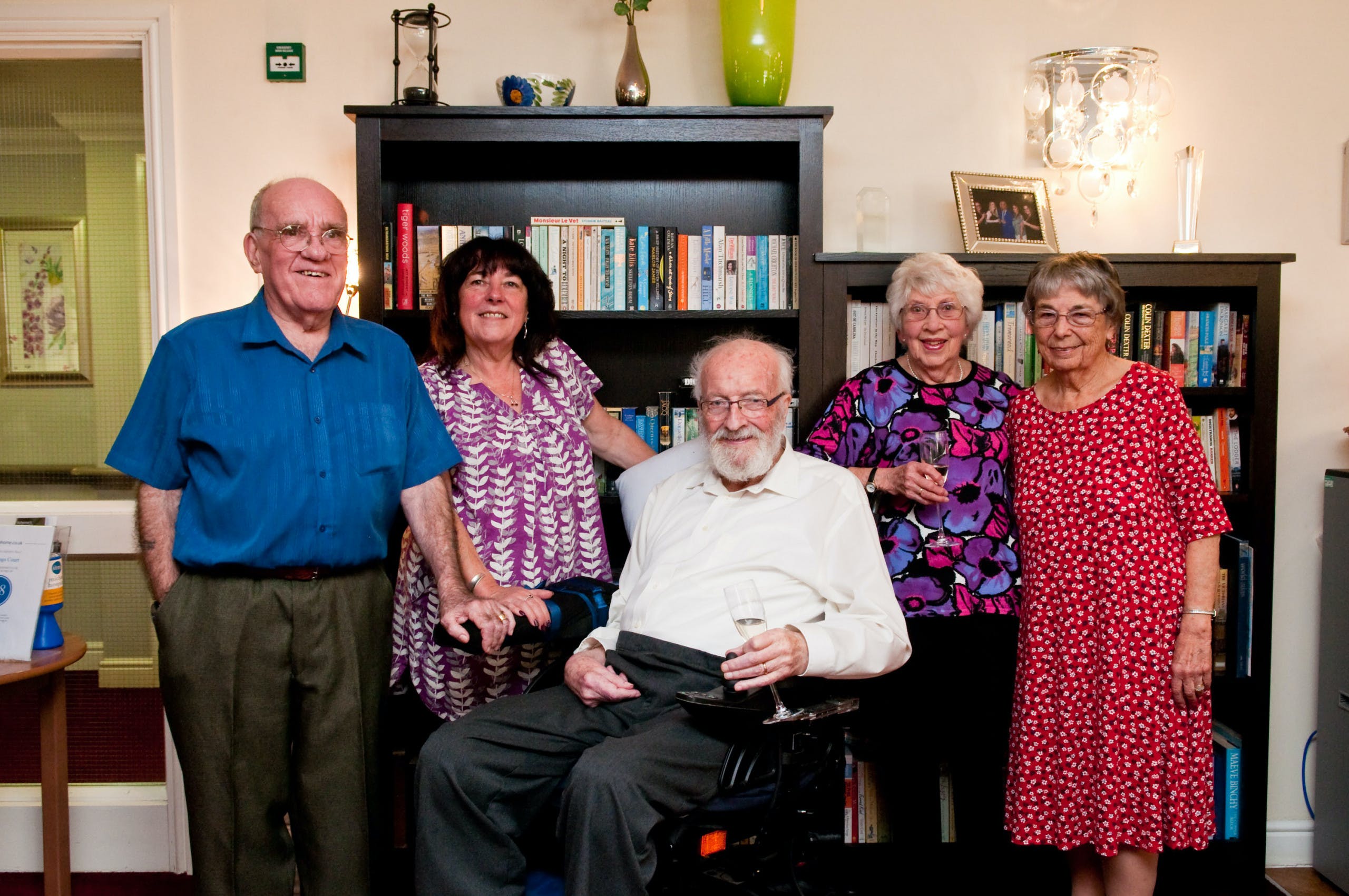 The most wonderful event

John’s wife Elizabeth said: “It was originally going to be a surprise for John but in the end we thought he might enjoy the anticipation!

“It was just the most wonderful event.  John was thrilled not only to hear his compositions played but also to see friends and former students, some of whom he hadn’t seen for over 20 years!” 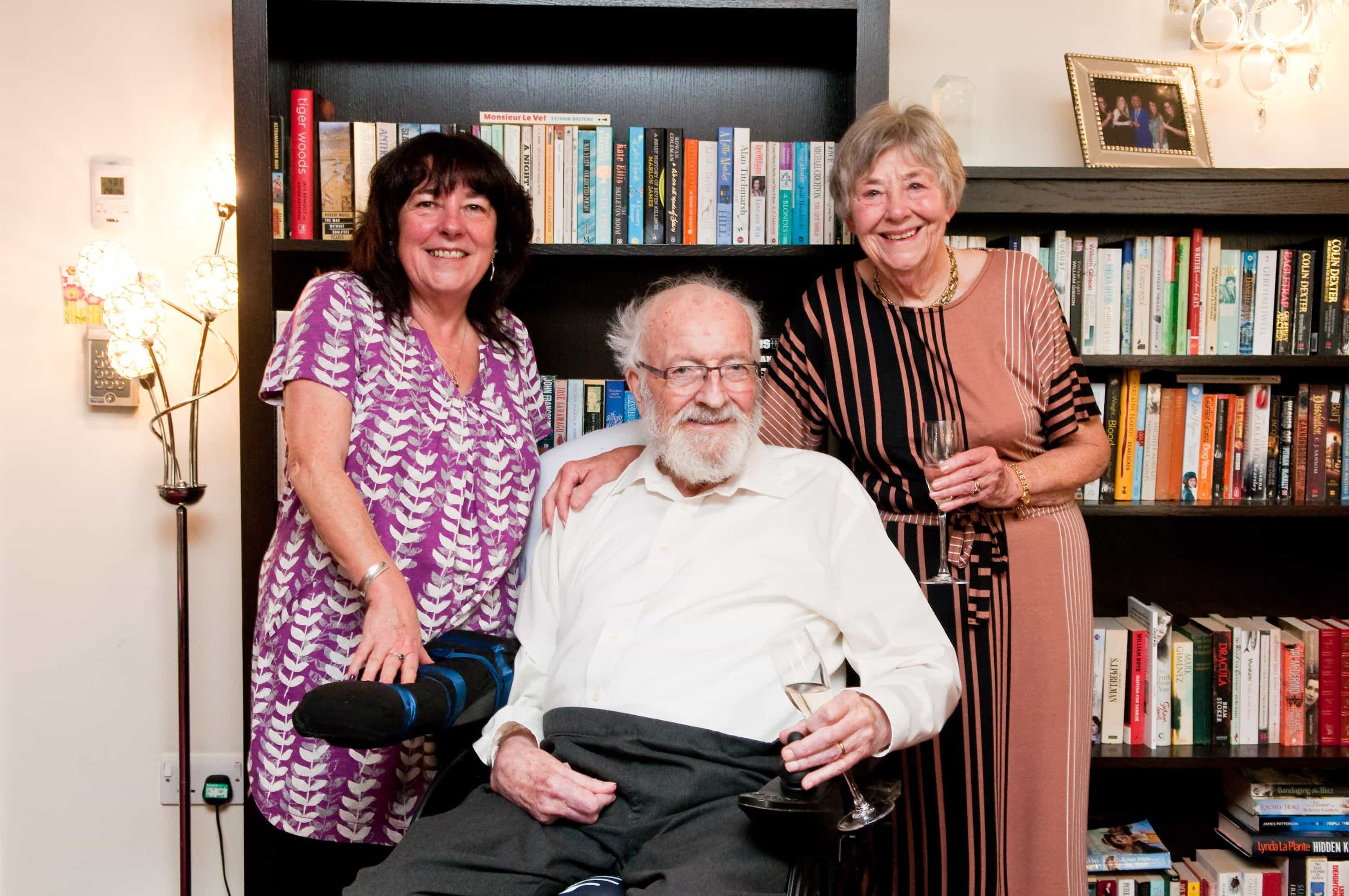 An honour to perform for John

Movements from two of the pieces he composed at that time were performed. One from his sonata for violin and piano, performed by Nuri Koseoglu, accompanied by Kenneth Roberts, and part of his flute sonata, performed by Lynne Rowland, for whom he originally wrote the piece.

“John is such an amazing guy,” said Nuri, a former leader of the Hastings Youth Orchestra.  “It was an honour to do this for him.” 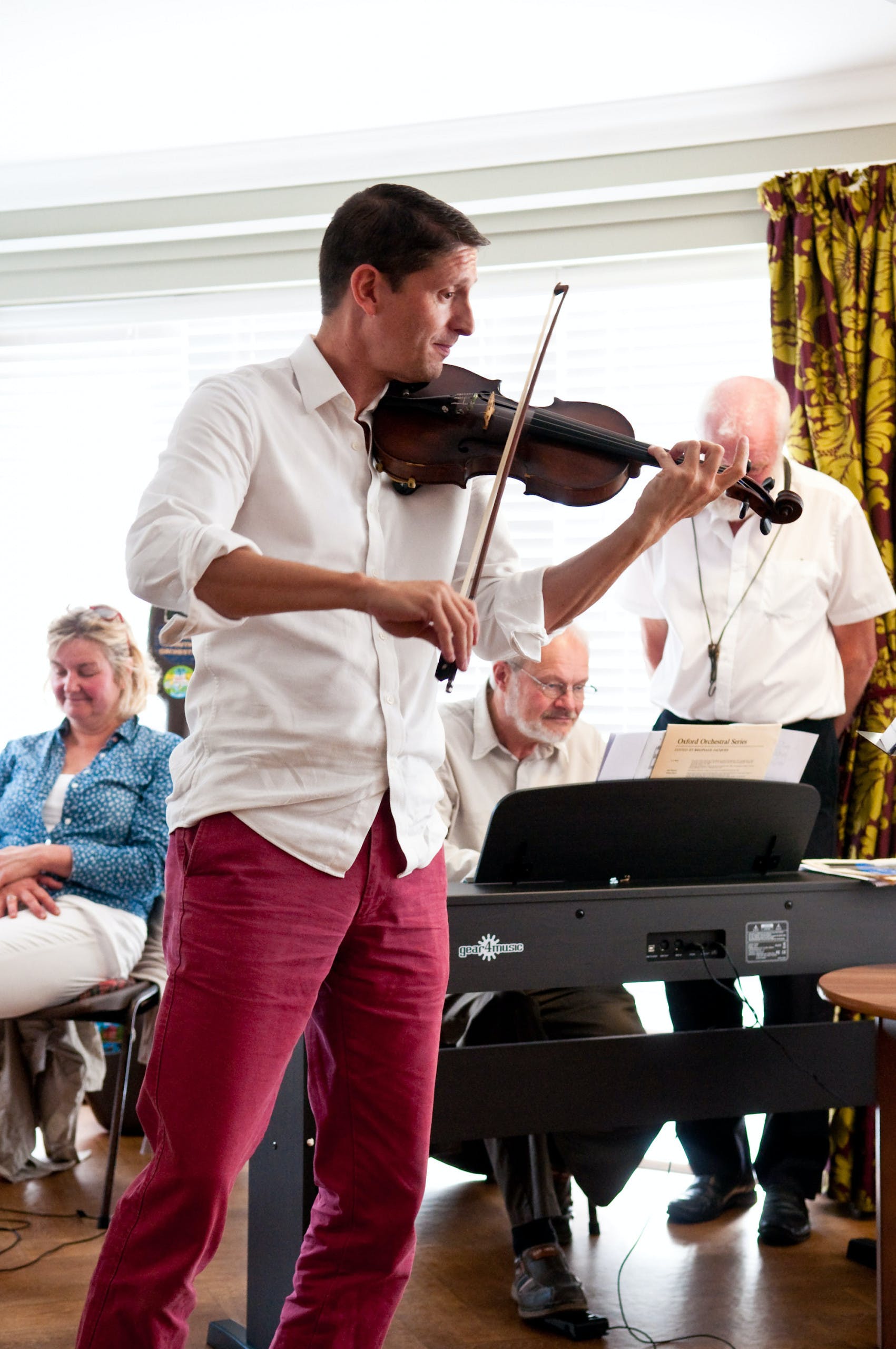 Kimberley, who was recently shortlisted for ‘Activities Organiser of the Year’ in the Great British Care Awards for the South East. Kimberley said: “Our care here is personalised – we know John well, we understand his history and what he loves and we knew how much this would mean to him.

“We were delighted to be able to do this for him. His fellow residents loved it too, we’ve never had an orchestra play here before. It was quite an emotional event!”

Music is central to John’s life

John moved to Hastings Court two years ago following a stroke which has affected his speech and movement on his right side. But he was determined to make a speech and express his gratitude to all of those who came.

His wife Elizabeth added: “Music is still central to John’s life, his performance was a wonderful reminder of just how creative he is and what he has achieved, and we are so grateful to Kimberley and the team at Hastings Court for giving him this experience.”

Watch a video of the performance below.