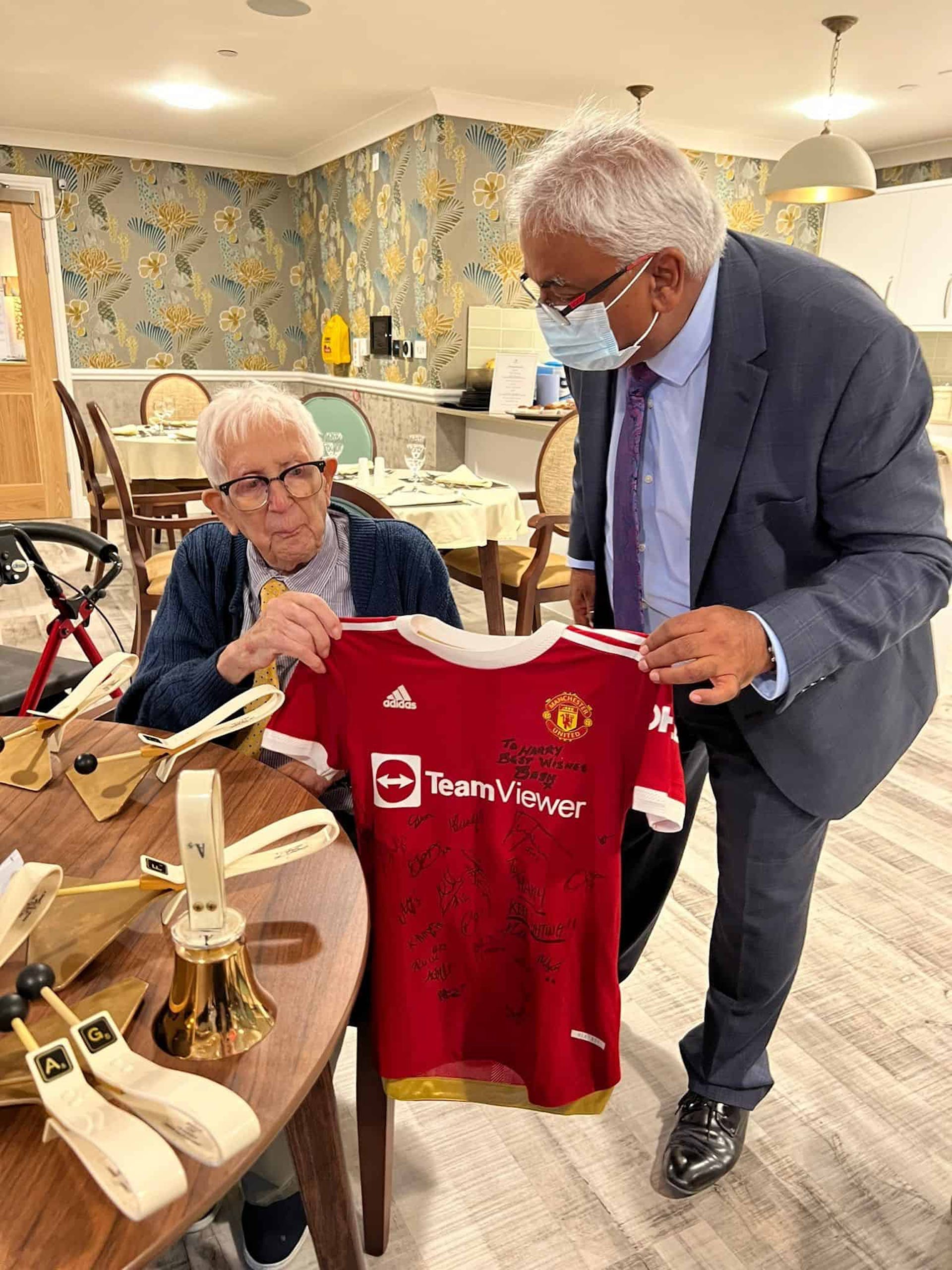 Harry gets the ultimate Christmas present from care home staff

Lifelong Manchester United fan, Resident Harry, has been given the ultimate Christmas present by staff at Elmbrook Court Care Home in Wantage.  Carers went above and beyond to source a replica shirt for the 98-year-old, signed by all the players. 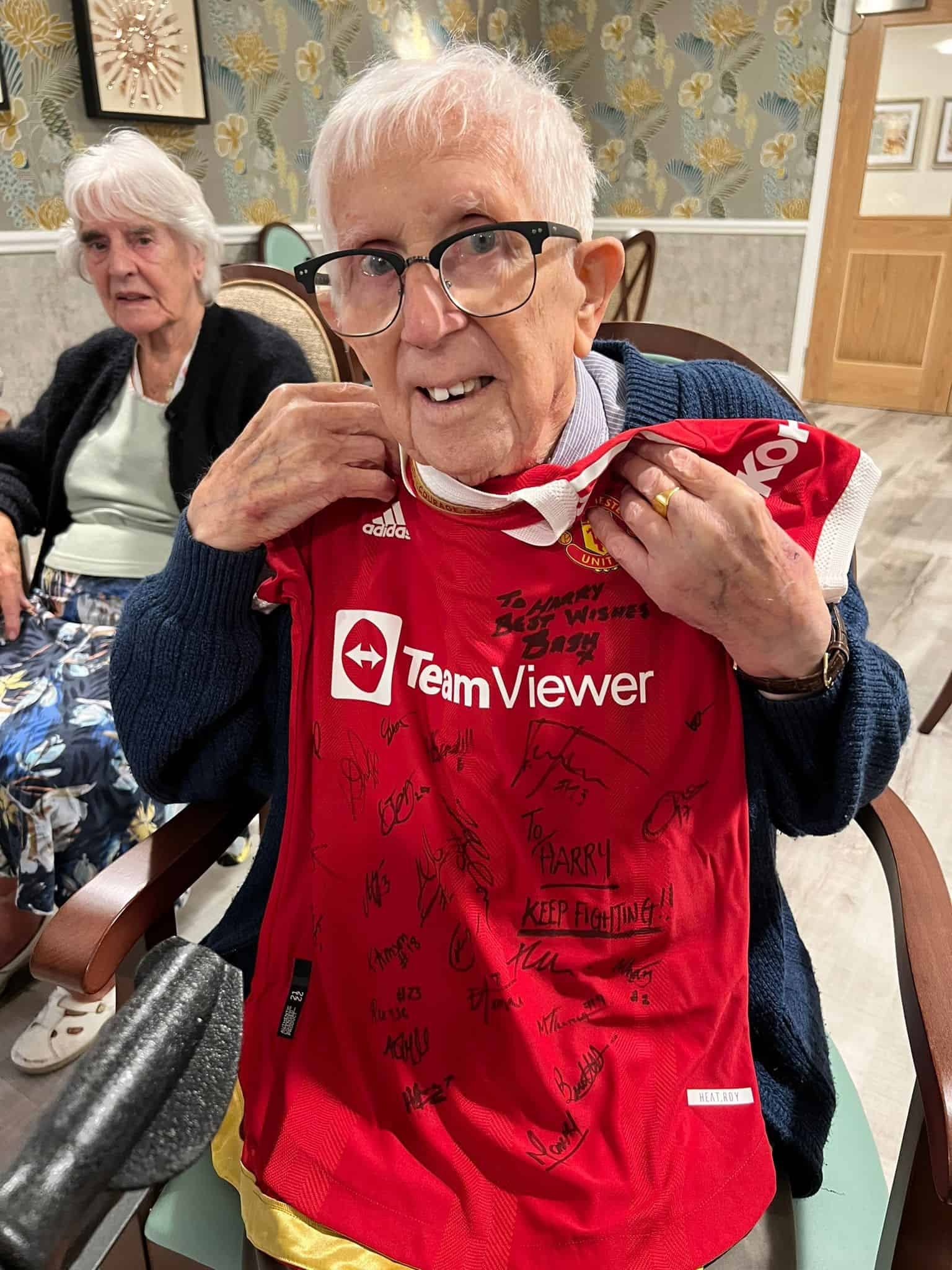 “His immediate reaction was “Can I wear it on Christmas Day?” which was just wonderful!” said Bashir Jamal, Group Commissioning Manager for Elmbrook Court’s parent company, Oakland Care. “I had some contacts who helped me arrange a meeting with the team and they were so kind in doing this for Harry.  We are delighted to be able to bring him such joy.” 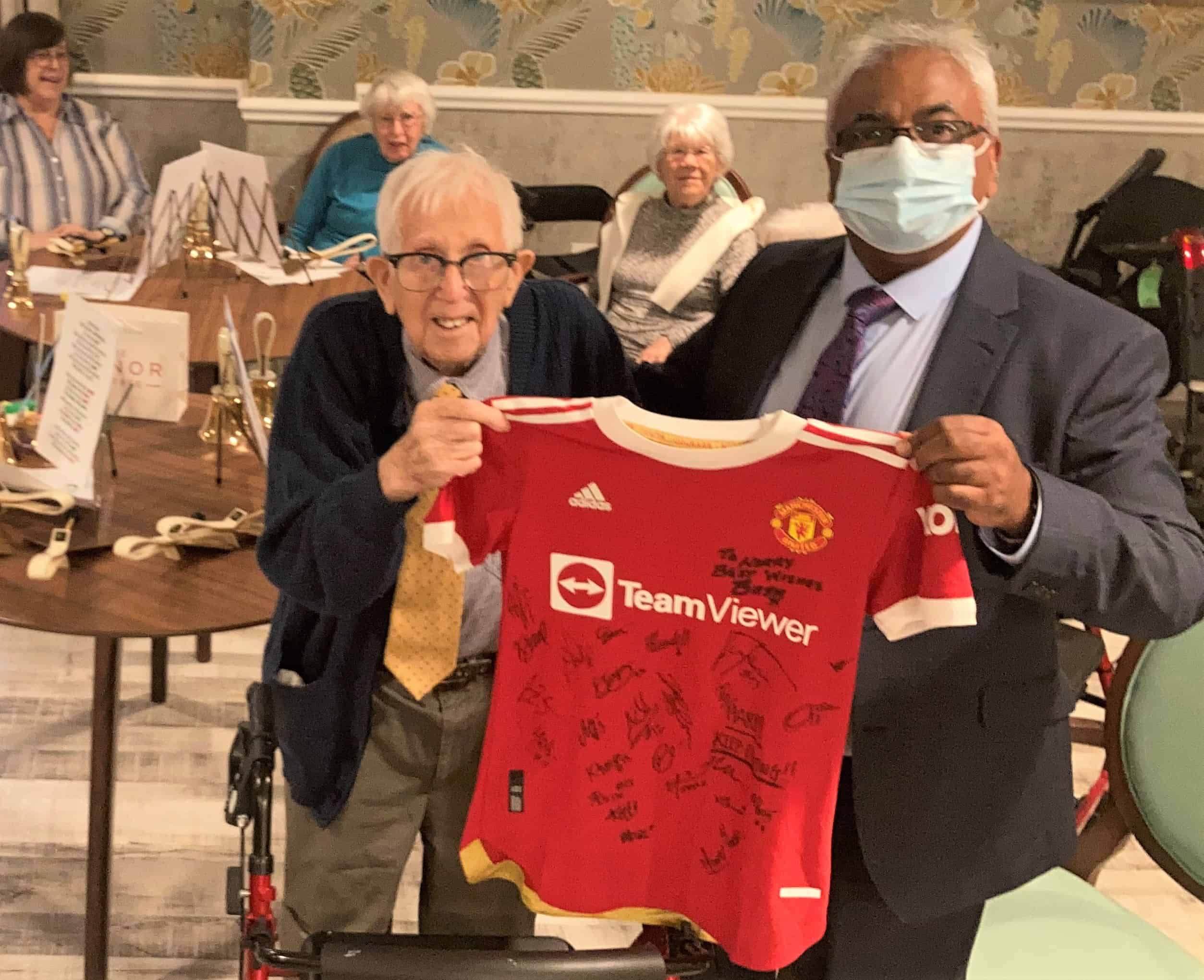 Originally from Warrington, Harry loved playing football but the key sport in the town was rugby league.  It was only after the Munich air disaster in 1958, when eight players were among 23 passengers killed in a crash at the airport, that Harry decided the team needed his support and his lifelong devotion to the club – and latterly its women’s team – began.

Elmbrook Court is a purpose-built home offering all-inclusive residential, nursing, memory and respite care for up to 74 residents.  Before residents move in, staff spend time with them and their families to get to know their interests and hobbies, past careers and future aspirations.

Harry’s daughter, Victoria Done,  said she was blown away by the home’s efforts for her dad. “I’m overwhelmed by what they’ve done for him,” she said.  “They knew he’d never had a football shirt so they’d got him one with his name on the back, some gifts from the club shop and a letter of thanks from the club for his support. “But to get a signed shirt with so many lovely messages on it for him is amazing.  “They make sure he can watch the matches on his television, or on the big screen in the cinema room.  One of his carers is a Chelsea fan so they have a lot of banter together!   The staff have been brilliant.  They were the only home we visited that took time to ask Dad about himself and they’ve gone out of their way to accommodate his interests.”

Victoria will be spending Christmas morning with her dad at Elmbrook Court and she’s looking forward to seeing him wearing his shirt. “He can’t wait to wear it and I can’t wait to see him in it.  It’s the perfect present.”

Learn more about Elmbrook Court and the care that we provide, why not contact us to arrange a visit on 01235 617 617.