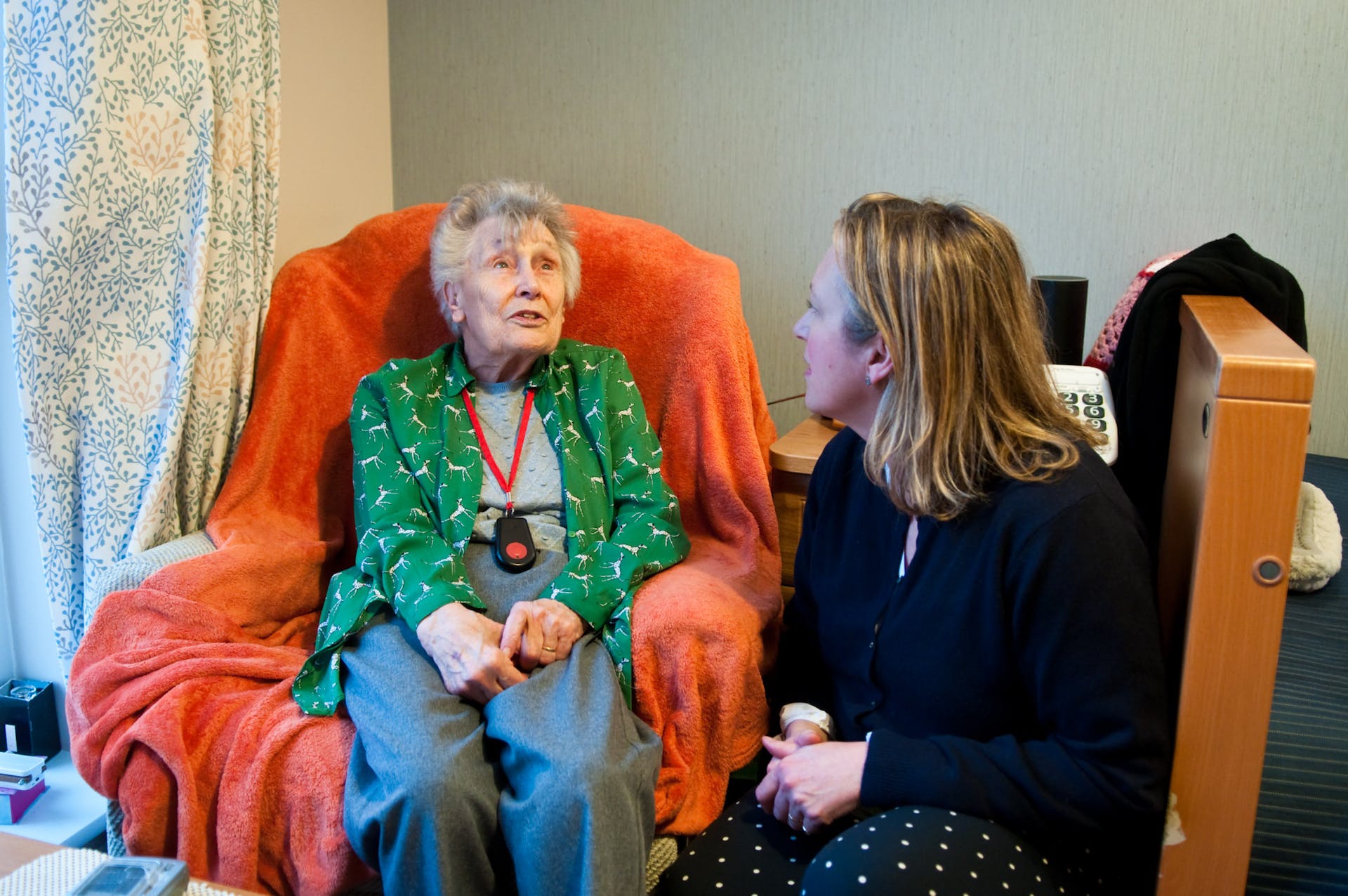 Members of the ‘League of Residents’ at our Hastings Court Care Home in East Sussex were delighted to welcome back Sally-Ann Hart MP. Sally-Ann first visited the home ahead of the general election in December, when the home invited all candidates to come in.

The Hastings Court League of Residents meet twice a week at the home to discuss political and social issues. Long-time Labour voter, David Lee, one of the League’s 12 members, enjoyed a lively discussion with Ms Hart. 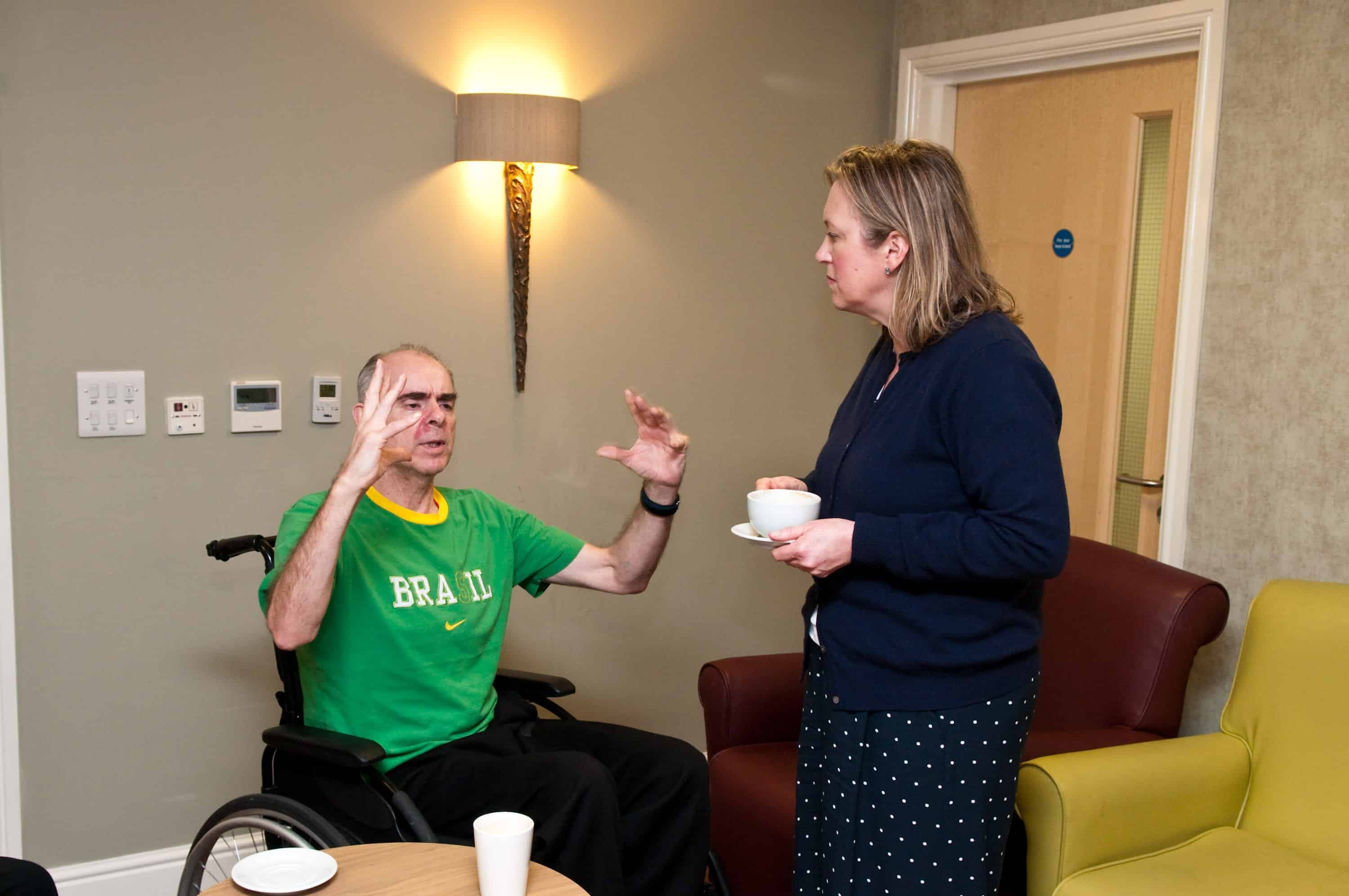 “When she arrived, she came straight towards me saying, “I’m so pleased to see you, I need to talk to you” said David.

“We spoke for 15 to 20 minutes and she assured me that everything we’d discussed back in December would be fought for in Westminster. I told her I would be watching and she said she wouldn’t have it any other way! It was lovely to talk to Sally-Ann again, she’s very down to earth.”

The League of Residents was established by Lifestyles Assistant, Dan Peacock. With a combined age of 906, members’ interests and opinions have been re-invigorated by the opportunity to discuss issues of the day. 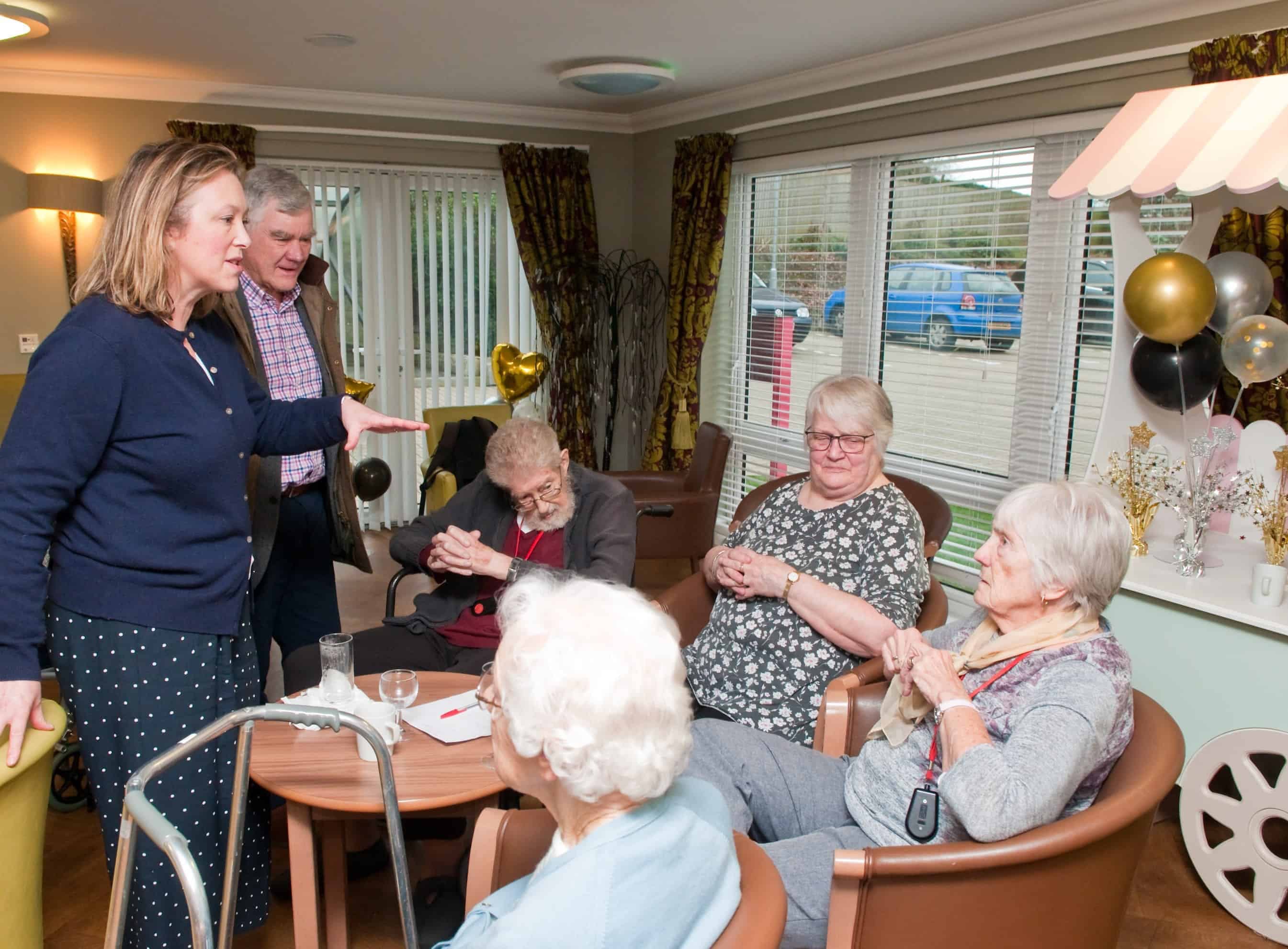 Dan said: “While reminiscence has a hugely important role to play in the lives of older people they are still interested in today and what’s going on around them.

“Members have commented to me that because of the League they’re talking about things they never knew they were even interested in! They’ve realised that they have a voice – and they can use it.

“The group helps them to feel they still have a say in important decisions for our society. They have decided they want to organise a fundraising campaign for the Salvation Army next and have already invited a member of the organisation in to find out how best to go about it.”

The League recently wrote to the Prime Minister demanding better support for those living in residential care homes.

“The League, and all the residents at Hastings Court, are my constituents so their priorities are my priorities” said Sally-Ann Hart.

“It’s only by talking to them I will learn how to become an MP for everybody. It’s been wonderful to come back and see everyone and know that now I will be able to take their views forward. I’m already looking forward to coming back and talking to them again.”