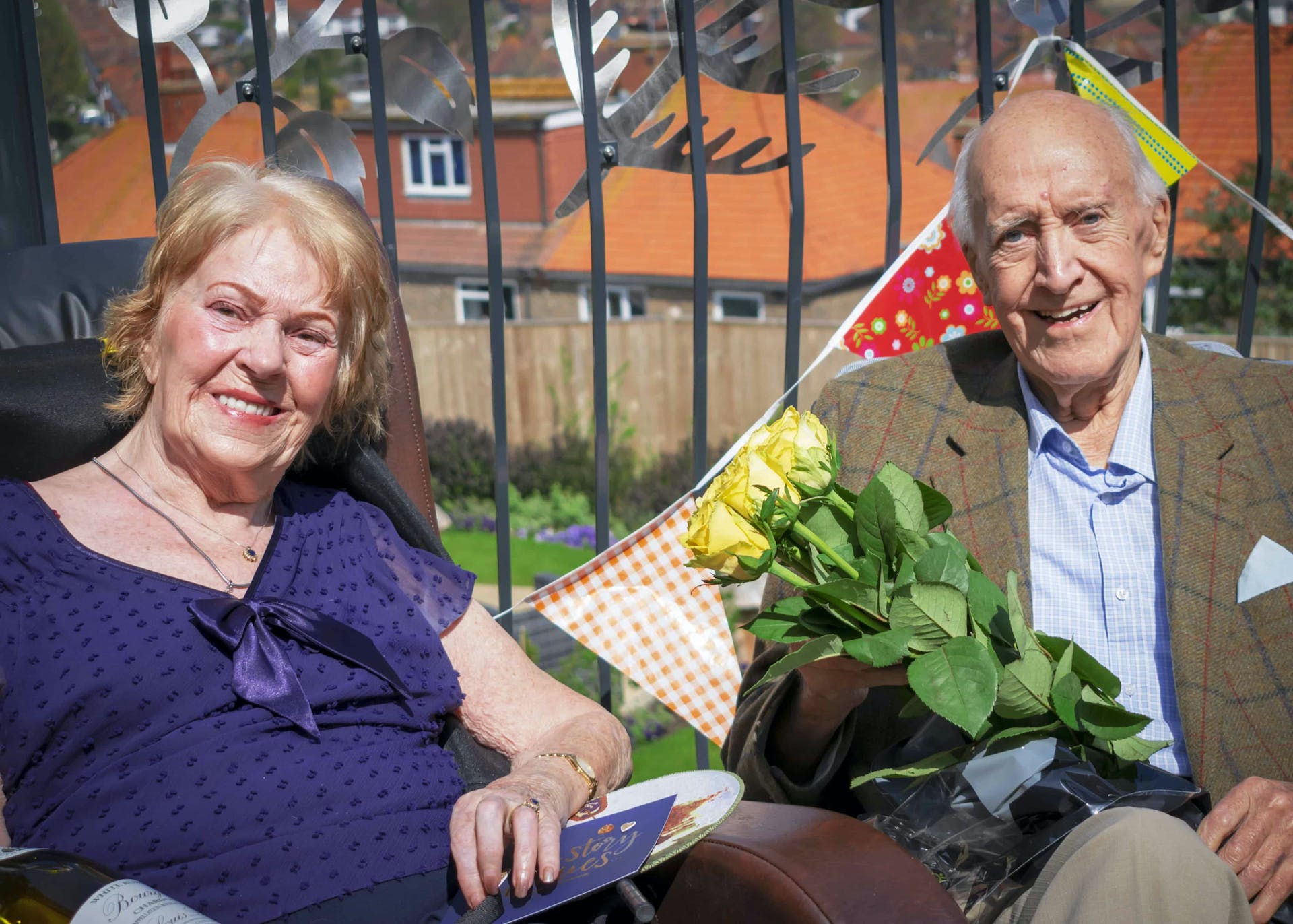 A globe-trotting couple who found love together more than 20 years after first meeting, have celebrated their anniversary together at Beechwood Grove Care Home.

Sheila and James Douds thought their lives as a couple were over when they were separated by ill health but Beechwood Grove has brought them back together.

The pair first met on Jersey in the 1980s when they both worked in the travel
industry.  Their paths didn’t cross again until 2005 when they met unexpectedly at a church service in Surrey.  Having both been widowed, their relationship blossomed and six months later they were married.

But the pair were separated when Sheila had a stroke. She had become James’ carer because of his dementia and James had to move into a care home.

“It was terrible seeing the effect being apart had on them both,” remembers Sheila’s
daughter, Lorraine.  “James struggled to understand what was happening so as soon as Mum was out of the hospital, I wanted to try to reunite them.”

Sheila moved into Beechwood Grove shortly before Christmas and three weeks later James was able to join her.

Home Manager, Jeff Levine said: “We know how important it is for couples to
stay together, so we were keen to be able to move James in as soon as possible.

“We make sure they have as much time with each other as they want.  We help them to share photographs and videos of their many trips all over the world and although they can’t now tell us how they’re feeling, we can see the calming effect it has on them both.

“Sheila is clearly thrilled to just sit and hold James’ hand, she lights up whenever he
comes into the room.” The home helped the couple celebrate their 13th anniversary by hosting a small party with their family.

“I was so determined they’d have this special day together,” said Lorraine.  “The staff here have been so supportive.  Our family are so grateful for the kindness
shown to them both.” 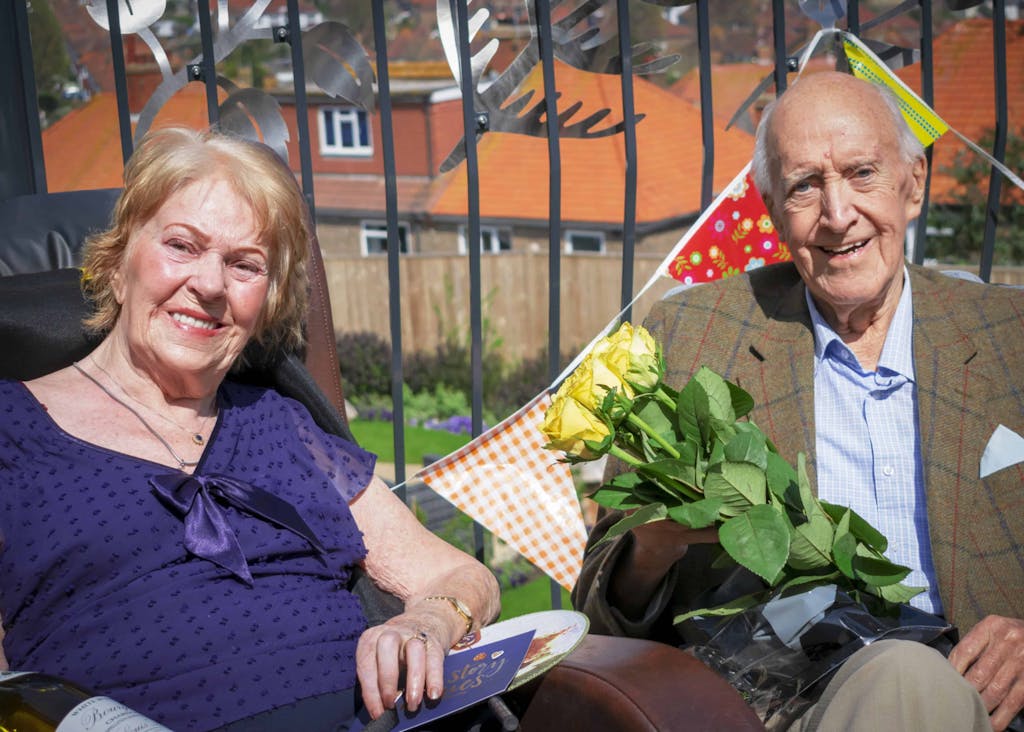 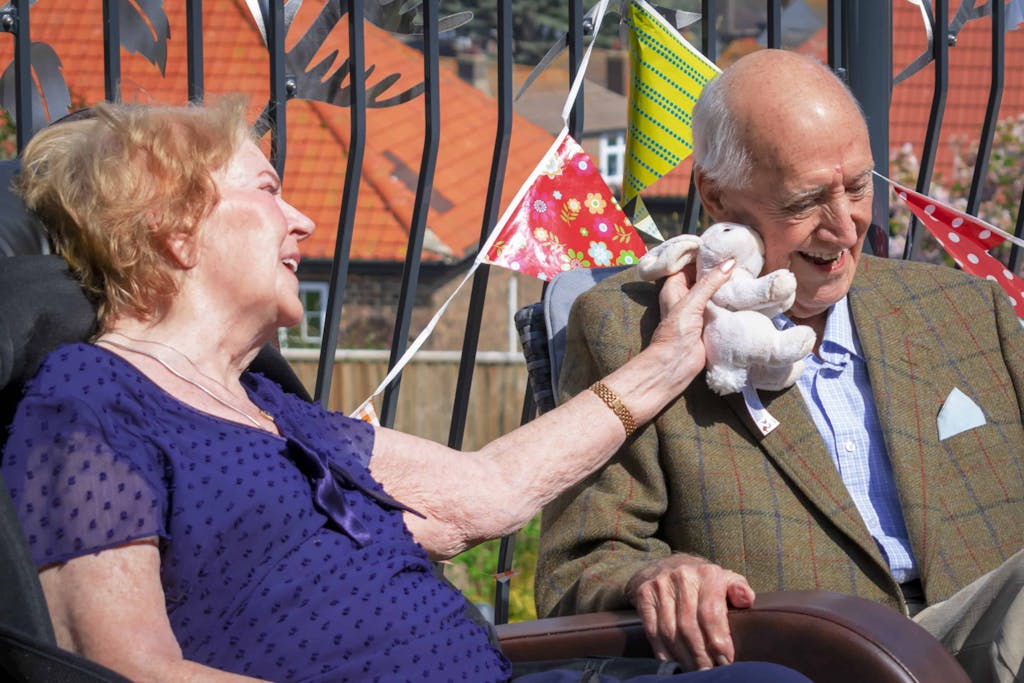 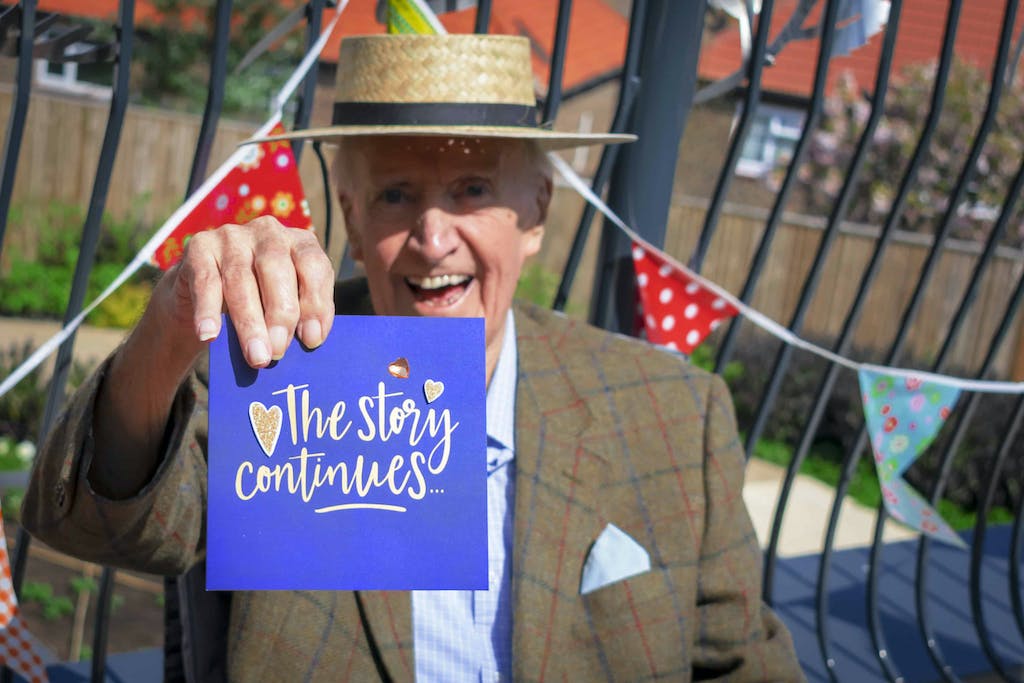